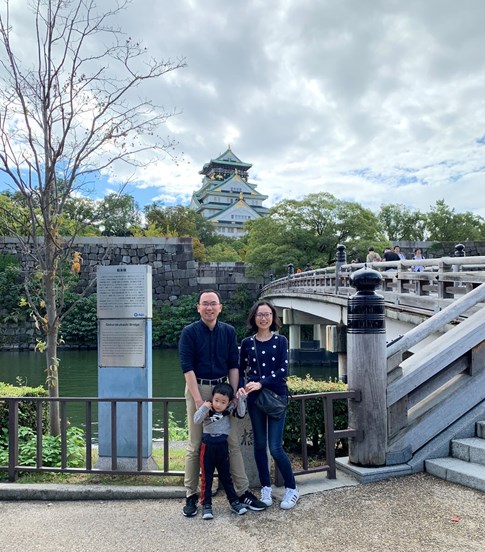 Melvin is a Senior Manager in Rouse’s Shanghai Trade Marks Group and a Senior Associate of Lusheng Law Firm, a Member of the Rouse Network

There is one thing that Melvin has in common with Arnold Schwarzenegger and Ronald Reagan:  they were all born in the year of the Pig.  It’s possible that’s the only thing they have in common, but the Chinese Zodiac is deeply rooted in Chinese culture, something that children learn about from a very early age – so they may also share character traits.  Although Melvin himself doesn’t place any great weight on the Chinese Zodiac, he does say that perhaps his most distinctive characteristic is being disciplined and hard working – and that happens to be one of the dominant characteristics of those born in the year of the Pig.

Melvin likes devising programmes, setting goals, and working consistently to achieve them; for example, being engaged in a profession that involves long hours and mostly sedentary work, he realised he would need to exercise to keep fit and avoid putting on excess weight.  So he developed a workout programme that he could do at home, without needing to spend time going to a gym.  It involves jogging, exercises and weight lifting – and obviously requires a considerable degree of self-discipline and consistency, which he is able to maintain.   He’s not at all tempted by mountain climbing or extreme sports of any kind, but gets enormous satisfaction from working quietly towards a goal and seeing progress being made.

Melvin was brought up in Shanghai, his father a doctor and his mother an engineer.  Unlike many parents, they didn’t put pressure on their son to follow any particular path, but let him find his own way.  He remembers that in high school he gradually became aware that if he wanted to get to University he would have to have high grades, and from that point on becoming self motivated.  Not surprisingly, his bent was scientific from the outset and when the time came to think about University, he wanted to do a subject he loved, something precise that could be described in a mathematical way, and he chose Engineering.  At that stage, he would never have thought of Law, considering it more suitable for someone with a humanities background.

All that changed when, in his third year, he obtained a three-month internship with BMW, the luxury vehicle and motorcycle manufacturer, in Munich, Germany.  It was his first time out of China and it was life changing.  At BMW, he was mentored by a German who talked to him not only about technical matters, but also about ideas, know-how, and the importance of brands. Melvin began to see how important all these aspects were and, for the first time, to think that although he was a technical student, he wasn’t necessarily restricted to a technical job.  His horizons began to expand, and not only in relation to his professional life.

Up to that point, all he knew about the western world, was what he had read in books.  Now he was able to experience it.   In the three months he was there, he visited four countries and had a lot of interesting experiences, including making his first solo trip, from Munich to Paris.  It was unbelievable!  He still remembers it all vividly.   These three months gave him a window onto another world – and he liked what he saw:  a life with a slower rhythm and greater emphasis on the process of just living.

So he returned to China with a different outlook and, on graduating with a Bachelor of Engineering from Shanghai University, decided to enrol in a Master of Law course, focusing on Intellectual Property.  It was an enjoyable and rewarding time, partly because of the study, partly because there he met his future life, Sally, who was studying Engineering Management.  Now she is now a practising Engineer, working for Volkswagen in Shanghai.

These days a large part of their free time is taken up with their four and a half year old son, Monggie.  This is his English name, and it derives from the fact that he was born in the year of the Monkey – which, if you place faith in the Chinese Zodiac means that he is likely to be clever, curious, creative and mischievous.  Melvin says Monggie may well decide to use a different name when he gets older – that will be up to him.

Melvin and Sally are keen for Monggie to learn two particular skills: playing the piano and playing the strategic board game, Go.  Currently he is having lessons in both.

The game of Go, which is enormously popular throughout Asia, originated in ancient China and is said to be the oldest game still played in its original form.  The playing pieces are called ‘stones’ – black for one player, white for the other.  Recently, various studies have shown that playing the game improves children’s intelligence, concentration level, and problem solving skills.  It also develops strategic thinking.  Melvin says that so far he is beating Monggie, but their teacher tells him not to be surprised if it’s the other way round before long.

For the moment, travel is limited - and not only by Covid.  Long haul flights with small children are best avoided where possible so over the last few years, family holidays have involved trips to nearby countries like Thailand and Japan.   Singapore may be next.  But as soon as it’s possible, Melvin can’t wait to get back to Europe – his last trip, with Sally, was to Italy: Rome, Florence and Milan.  Perhaps next time it will be Germany: he has so many fond memories of Germany, it’s a place he holds dear.