LEGO brought an action to the Guangdong Higher People’s Court for trade mark infringement and unfair competition agains the Defendants, who were involved in the manufacture and sale of “Lepin” or “乐拼”-branded toy products. LEGO claimed that the “Lepin” and “乐拼” marks were similar to its “LEGO”, “乐高” and “CHIMA” registered trade marks. It was also found that the Defendants’ products were similar to its own products in terms of overall design and assembly, which can easily lead to confusion by the relevant public that the Defendants’ products were related to LEGO’s products. A total of RMB 30 million was claimed for economic losses and reasonable expenses.

After the first instance judgement, both sides filed an appeal to the Guangdong Higher People’s Court. In the second instance, the Guangdong Higher People’s Court established the Defendants’ infringements. In terms of determing the amount of damages awarded, according to the relevant ruling, the revenue made from the manufacture and sale of the infringing products by the Defendants was RMB 330 million from 11 September 2017 to 23 April 2019. In addition, based on the sales data of “Lepin” products provided by Zhejiang Taobao Network Co., Ltd., it can be reasonably presumed that the amount of sales of infringing products has exceeded RMB 500 million. Based on reasonable estimates with reference to the profit margin of related industries, the overall profit of the infringing products involved should exceed beyond RMB 160 million.

In the end, the court held that there was malicious infringement on part of the Defendants. The Guangdong Higher People’s Court supported LEGO's claim for damages and compensated LEGO RMB 30 million for economic loss. 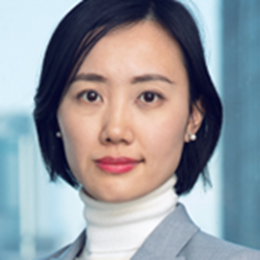