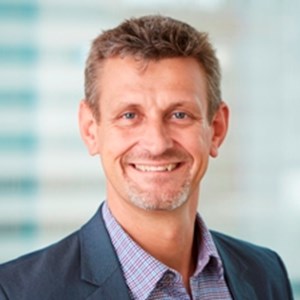 Nick started at Rouse's London office, where he then relocated to Indonesia, Vietnam and Dubai respectively. He was appointed Indonesia Country Manager from 1999 – 2003, where he then helped set up the Rouse businesses in Thailand in 2000 and the Philippines in 2005. He then moved to run the Hong Kong office in 2003 and Guangzhou office in 2004 before returning to manage Rouse's business in Indonesia from 2010 - 2013. Nick also took leadership in opening Rouse’s office in Africa in 2015.

His experience in the 1990s was in outsourced IPR programmes for multinationals in Greater Europe and the UK as well as handling English civil IPR litigation (including the Chocosuisse v Cadbury reported English case).

Nick has decades of experience in Asia, which has led him to successfully run anti-counterfeiting and anti-piracy work throughout Asia, from the southeast Asian countries to China. He has adept expertise in complex IP litigation in Asia, including cross border disputes, Chinese infringement disputes, and famous trade mark recovery and trademark squatter cases. He has then built and managed many China IP protection and enforcement programs.

Nick advises many MNCs as well as Asian companies on copyright, patent, and trade mark protection on an international scale. His commercial experience includes IP agreements and deal structuring including IP merger and acquisition and financing.

In addition, Nick has broad consulting experience focusing on assisting start-ups to develop and build IP portfolios as well as managing venture capital investment. For larger corporations, he helps devise intangible asset strategies, encompassing not only IPRs but other intellectual assets such as data, know-how, and human capital assets.