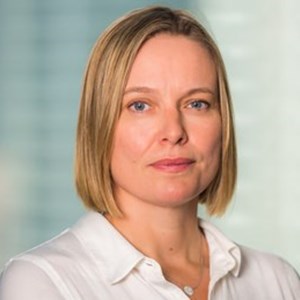 Samantha is a Principal and Legal Consultant in Dubai.

Samantha joined Rouse in Dubai in 1999 and worked there, initially, until 2007. During this time, she was primarily responsible for the management of enforcement actions of IP rights for major international companies in respect of fast moving consumer goods and pharmaceuticals in North Africa, Middle East and India.

In 2007 Samantha moved in-house to work for Tatweer Dubai LLC a large Dubai development company responsible for some of the largest development projects in Dubai including Dubailand, The Tiger Woods Dubai, Global Village and Dubai Healthcare City.   While there, she was involved in negotiating, drafting and advising on international licensing and franchising agreements covering a wide spectrum of sectors and was responsible for the maintenance and enforcement of the company’s IP portfolio.  She also gained considerable experience of general commercial contracts to include supply agreements, consultancy agreements, service agreements, agency and distribution agreements in relation to a wide range of products and services.  She has experience of international multi-lateral negotiations involving commercial and legal decision-making and has the ability to guide projects from initiation to completion by establishing targets, enforcing deadlines and monitoring output.

Samantha rejoined Rouse in October 2010 and since then has advised on a wide range of licensing and franchise agreements, and on both regional and international IP protection and enforcement. She became a Principal in 2017.

Running around after my two children, power boating and supporting an orphanage in Bali