We are delighted to announce the appointment of new Chairman, John McLaren.

John worked as a diplomat and investment banker in Japan and the UK and in venture capital in the US, and has significant board experience in all three of those countries. He has worked extensively across several sectors, including automotive, electronics, biotech and luxury products. He is also a successful novelist, a Non-Executive Director of Macallan Distillers and Chairman of Eagle E-types. 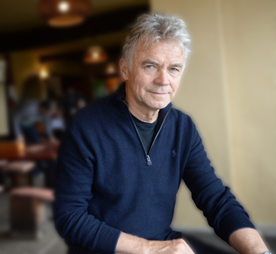 Formerly a Non-Executive Director of Rouse, John takes over from previous Chairman, Rupert Ross-Macdonald who was appointed in 2013. Rupert will continue to play an active role in the leadership of the business, sitting on the Board as Chief Operating Officer working alongside Chief Executive, Luke Minford to execute the firm’s ambitious strategy.

This new appointment is critical to the growth ambitions of the firm to expand its market presence, as well as building market-leading positions in IP Consultancy, IP Legal and IP Portfolio services.

“We are extremely pleased to be joined by someone of John's calibre. The depth of international experience and business capability he brings couldn’t come at a more important time given the growth ambitions we have as a firm.”

“Rouse is one of the world’s leading IP consultancies and the strongest in Asia, which is why I am delighted to be joining at this exciting point in their development.”

“John’s appointment is a key element of the restructuring we have been undertaking over the last two years. He’s been an invaluable contributor in his non-executive role already, and I’m greatly looking forward to working with him as Chairman while I focus on our growing operations”

Landmark win for OEMs in China
Lusheng, Rouse's strategic partner in China, has announced a significant win in a trade mark infringement case