A mind of her own

Amanda is a Rouse Principal, based in our Beijing office.

Much has been written in recent years about the rise of individualism in China - it’s a topic that came readily to mind during a recent conversation with Amanda, who seems always to have had a well-developed individualistic streak and a very definite mind of her own.

Amanda was born into a traditional Beijing family with an interesting history.  It’s something she is clearly proud of.  Until 1948, the family had run an established pawn-broking business in central Beijing for more than two hundred years.  Pawnshops have a long history in China and have played an important role in the country’s financial development.  Very often they were passed from one generation to the next, as happened in Amanda’s family, and in the process the owners developed a very particular set of skills, which included refined valuation and negotiation skills.  They were known to be expert valuers of antiques and jewellery, capable of distinguishing fake from genuine product.

Things changed dramatically for the family when, during the Communist Revolution, or War of Liberation, its members were classified as capitalists and enemies of the people; the business was taken over by the government; and Amanda’s grandparents became employees of a State owned jewellery-manufacturing factory.  Later, during the Cultural Revolution in the 1960s, when investigations into the family history were carried out, her grandfather was forced to wear a Gaomao, a sort of high dunce cap, in the streets, labelling him a counter revolutionary, and her father, who was then 14 years old, and his elder brother, were sent to join the Army in Yunnan province, near the Vietnam, Laos border in South West China.  They remained there for 10 years.  When they finally returned to Beijing, they too began working at the State owned jewellery-manufacturing factory: the valuation skills of the pawnbroker, and interest in antiques and jewellery, were obviously in the blood. 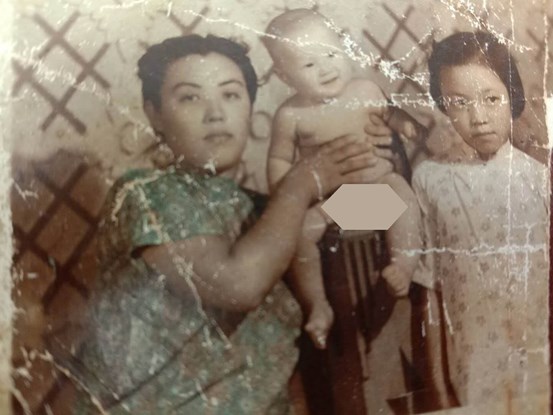 When, as a child, Amanda visited the factory, however, she knew they weren’t in her blood.  She wasn’t really interested in gold and jade and could see that her future lay elsewhere.  Her parents too could see that their world wasn’t going to be for her and gave her absolute freedom to follow her own path.   The family had originally lived near the Forbidden City and been obliged to move when the government decided to preserve the area.  They moved to Beijing’s CBD area and Amanda, an only child in accordance with China’s one-child policy, attended the nearby Junior High School.  She was one of the school’s top students, so, when the time came to go to Senior High School, she was granted a place in a key school, i.e. one of the schools able to recruit the best students.  All of a sudden, she found herself surrounded by talented and hard-working students.  It was a shock to the system, and her initial reaction was not to concentrate and not to do homework.  She still remembers how angry and humiliated she was when at a meeting at the end of the first semester, her father was told he should just accept the fact that sometimes children who do well in Junior High find themselves out of their depth at a key Senior School.   She knew she hadn’t been working and was angry at being classified in this way.   She soon realised, however, that if she wanted to go to a good university, she would have to work hard.  So she settled down and began to work - and began to do well.

Although Amanda was doing well and her confidence was increasing, she was still very quiet and shy.  When the time came to think about what she might study at University, her first thought was Finance – largely because she was good at Maths and thought she would be able to work with numbers without needing to do too much talking.  At the time, Law would have been her last choice, simply because she thought it would inevitably involve quite a lot of talking.   Her father, however, obviously knew her better than she knew herself and she was persuaded to give it a go.

She enrolled at Beijing’s China University of Political Science & Law, widely considered one of the best Chinese universities for legal studies, and there her horizons began to expand.  She knew that in order to survive, she would need to overcome her shyness and develop her confidence.  Over the next couple of years, she managed to do both, largely, she says, as a result of spending time every morning reading aloud in English.  She had always dreamed of going to Oxford or Cambridge and was lucky enough, in her third year, to do a summer course at Oriel College, Oxford.  It was the first time she had been out of China and altogether a wonderful experience.  She met lots of people and was introduced to other cultures and ways of life – all so different from anything she had experienced in Beijing.

She studied IP as part of her law course, and began to think of a career as a Trade Mark Attorney.   She wrote a thesis on trademark solutions in China and with the help of her supervisor found employment as a paralegal at CCPIT Patent & Trademark Law Office, the oldest and one of the largest full-service IP law firms in China.   After several years there, and in private Chinese law firms, she found her way to Rouse in 2010, where she is now very happy, heading up the Trade Mark Group.

She is lucky to have an apartment in the same building as her family in the CBD area.  It means that in a city noted for its traffic congestion, she spends only 30 minutes driving to work. It also means that she is close to her family and they are on hand to help look after Alex and Ashton, Amanda’s eight-year-old twin boys.  She says Alex and Ashton are just as shy as she was when she was young, but have the same inner strength she had.  She firmly believes it is important not to push or force them, but simply provide the support, understanding, and encouragement that will allow them to find their own way in life. Just as her parents did for her!