A rare combination of talents

Anna has been with Rouse, in one form or another, from its very early days.  She joined the firm in 1997 as an Executive in its Oxford office and then, after some years, worked as International Relations Manager in the firm’s then very small Sydney office (her home study!).  These days she is Organisational Development Director, based in Sydney after a 2.5-year stint in Guangzhou office, and still spending quite a lot of time in China.  Anna is one of the a brightest and most articulate lawyers you are likely to meet - able to unravel the most complex legal issues with disconcerting ease; she is also one of the most practical and commercially oriented.  Given all that, her highly developed people skills might come as something of a surprise. She is, in fact, a ‘people person’ par excellence: energetic, enthusiastic, a natural communicator and instinctively generous.

Some of this may be the result of a happy, secure and liberated childhood.  She grew up on the outskirts of Brisbane in Australia, free to wander far and wide, usually accompanied by her sister and an army of neighbouring children, and surrounded by animals.   When it was time for dinner, her mother would ring a cowbell and they would all make their way home.  It was, in many ways, an idyllic childhood and one that probably few children are able to enjoy these days. 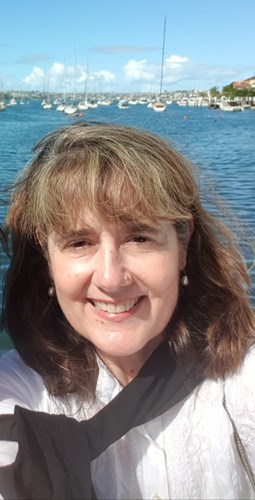 Although Anna’s parents were not overly protective - not, in her words, ‘helicopter parents’ - they were determined to ensure that their children should have the best possible education.  As a result, there were always books in the house and when Anna was 11 the family made a three-month visit to Europe and the US.  It made an enormous impression on her, the world seemed to open up and horizons expand: she longed to learn languages and couldn’t wait to get back to Europe.  Meanwhile, she and her sister had been booked into Brisbane Girls Grammar, an academically oriented, independent, non-denominational secondary school, which turned out to be just the environment for Anna.  She thrived:  excelling academically; engaging in a wide range of school activities, including playing in school orchestras and bands; forming close and enduring friendships; and, in her final year, being appointed Head Prefect.

When it came to the school formal at the end of her final year, however, there was a problem.  It was a girls’ school and neither she nor her friends had brothers – which meant they didn’t have partners for the formal. They decided to take the matter into their own hands and go on a Christian camp, with the sole aim of finding a partner for the formal. As it turned out Anna succeeded rather better than she could ever have imagined: she asked a young man called Robert to partner her at the formal, which he was obviously very happy to do because later on he asked her out - and later on still, asked her to marry him.  Which she happily did!

During her final year, the school had suggested – only, it seems, on the somewhat dubious grounds that (a) she had captained the debating team and (b) was good at talking - that she might be suited to Law.  She went along with the suggestion, however, and enrolled in an Arts/Law course at the University of Queensland, without having any real idea of what she was letting herself in for.  In fact, she was surprised how much she enjoyed studying Law.   She ultimately graduated with First Class Honours, and joined a major commercial law firm in Brisbane to do articles. Almost immediately she realised, with something of a shock, that the practice of law is, first and foremost, a business – something not many young lawyers realise quite so quickly, or see quite so clearly.

The next step of her legal career saw her being appointed Associate to a Federal Court Judge for a year.  In this role she watched trials every day and began to think of practising as a Barrister.  At the Judge’s suggestion, however, she first joined another of Brisbane’s top law firms, with the intention of gaining experience there for a couple of years.  At the end of that time, she was offered an Associate Partnership, but declined for various reasons, one of them being that both she and Robert were eager to go to Europe.  They made the decision to go, packed their bags, and set off for what they intended to be a two-year stay away from Australia. In fact, they were away for fifteen varied, exciting and formative years.  Robert accepted a position as a Research Fellow at Oxford University and began working towards a Doctorate on the epidemiology of infectious diseases; Anna joined a local law firm.  It was a magical time for them both, being introduced to new worlds and meeting a wide range of interesting and intelligent people, many of whom have become lifelong friends.

Typically, however, Anna soon felt she really needed to know more about European Law and in 1992-93 enrolled in a Master of Intellectual Property (European Law) at the University of London.  The course was interesting and informative; she did well and was awarded the Herbert Smith prize for best result.  She later realised with surprise that although knowledge of European law was, in fact, essential, not so many of her English colleagues seemed to be making the effort to acquire it.   In 1997, the IP department of her Oxford firm was acquired by Rouse, and her practice began to take on more of an international flavour – and she began to develop a particular interest in China.  When, in 2004, she had the opportunity to take Sabbatical Leave, and was wondering what she might do with it, Robert thought it was obvious:  she should go to China.  She did, and was astonished and enthralled by everything she saw.  She likens it to going deep-sea diving for the first time and seeing up close a world you didn’t even know existed.

By now, however, it was becoming clear to both Anna and Robert that the time had come to return to Australia: they both had aging parents and wanted to be on hand to provide support should the need arise.  So they moved back to Australia where Anna was able to continue working with Rouse as a Consultant, engaged in China-related business development, and Robert was appointed Co-Director of the National Centre for Immunisation Research.

Not being one to let the grass grow under her feet, Anna decided that this was the perfect opportunity to branch out and she enrolled in a course at Sydney University for the degree of Master of Applied Science (Coaching Psychology).  It was a demanding and very busy period, but she loved the course and was able to feed into the China business a lot of what she was learning.  Ultimately, together with the Deputy Director of the Unit at the University, she established a consultancy business called Nardoo, which provided consultancy services to various businesses including banks, not-for-profit organisations, and universities.  For the next few years, between working with Nardoo and consulting with Rouse, life was very full.  Then Anna’s mother became ill and, in order to spend time with her, Anna decided to give up her work with Nardoo.  Nothing, however, has been lost.

All the consulting work she did with Nardoo, in fact all the work she has done from the outset, now feeds into her current role: organisational development with a particular focus on change management, both internally driven change and change that is being imposed from outside the organisation.  Anna says that professionals these days already have so much on their plate, are under so much pressure, they need help and support to deal with the changes that are inevitably taking place – and taking place at an ever-increasing rate.   A large part of Anna’s role is providing that help and support, listening to people, and giving them advice and practical help.   It’s a valuable role – and one that no one could be better placed to fulfil!