A story about a trade mark, a polo player, and an IP lawyer

Jacqueline Hooper is Principal Consultant in Rouse Consultancy, based in our Dubai office, where she focuses on advising businesses on IP strategy and intellectual asset management.

The trade mark in the story is the logo of the Oxford University Polo Club: 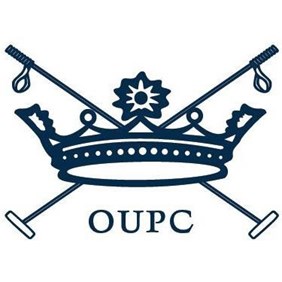 Jacqueline Hooper is both the polo player and the IP lawyer.  The story tells how a trade mark got a polo player thinking about Intellectual Property.

At the time, Jacqueline was a 19 year-old undergraduate reading for a Geography masters at Oxford University.  She was also the first-ever female Captain of the Oxford University Polo Club - quite a remarkable achievement, but well deserved given her talent and experience at the sport.  Something we’ll come back to.

The Varsity Polo Match, between Oxford and Cambridge universities, is both the oldest polo fixture in the Western world and a hugely popular annual event in the British sporting calendar.  It’s also highly competitive.  That year, however, there was a problem. The Oxford Polo Club was at a disadvantage because it didn’t have its own horses.  It had to find some money to remedy the situation – and this is where the Club logo enters the story.

Jacqueline came to hear about a Japanese marketing company that had expressed interest in licensing the logo.  She pursued the matter and managed to negotiate a three-year sponsorship deal that would enable the Club to pay for the horses it needed. She didn’t realise it at the time, but the deal had also sowed the seed of a future career as an IP lawyer.  Jacqueline saw for the first time that intangible assets, a logo to which, up until then, she had not given much thought, could be worth serious money.

She had grown up on a horse stud in the New Forest in the UK, in a family where everyone, except her mother, played polo.  Her father, an equine veterinary surgeon and great horse lover, saw to it that Jacqueline was riding at an early age: she got her first pony when she was two years old.  At one stage she dreamed of show jumping, but was inevitably drawn into the polo net, playing her first match at the age of 11.  She says that with a father and four older siblings playing, she had no choice but to learn quickly, which may be true, but she obviously learned very well because at the age of 15 she was awarded the Mary Taylor Memorial Trophy for the most promising female player in the UK, and in the same year joined the Young England team, its only female member.

The next year she went away to boarding school.  She continued playing polo all round England in the holidays, but concentrated on her studies during term time: she says her father had always made it clear to his children that polo was for pleasure and that they were being educated so that they would also have a profession. She did well at school and in her final year was offered a place at Oxford University to study Geography.  In the same year, however, the Hurlingham Polo Association, the governing body for polo in the UK, Ireland and some Commonwealth countries, offered her a scholarship, as most promising UK player, to spend a gap year playing polo in Australia.  At the time, she couldn’t have dreamed of anything better.

She fell in love with Australia, spending time with polo-playing families in Adelaide and also in the Australian outback. It really did seem a dream come true, even though she had soon realised that polo was never going to be enough for her – she missed studying and would ultimately need to find a balance.   Nevertheless, when the time came to leave Australia, she did so with a heavy heart.

Back in the UK, she settled in quickly and was soon enjoying both studying Geography at Oxford and playing in the University Polo Club  - plus, on Day 1 she had met her future husband Eirik, who was studying Engineering.  Somehow, over the next few years, she managed to find a balance and do well at it all.  In particular, she was honoured to receive an Extraordinary Full-Blue for Polo – something that doesn’t happen often.  It requires a unanimous vote, and for the recipient to have played for England, and excelled in the Varsity Polo Match.  She had played for England in the Young England team and had certainly excelled in the Varsity Polo Match, scoring 11 of the 16 goals in her first year, so she was probably an obvious candidate. Later, she captained the first ever England Universities Ladies Polo Team and helped it to victory on a tour of Universities on the east coast of the US that ended with the girls being offered an undergraduate scholarship to any US university of their choice. Jacqueline was tempted, but, feeling that neither Eirik nor her professors at Oxford would be greatly impressed if she were to accept, she opted to return to Oxford and finish university there.

Early on in her Oxford days she had begun to think seriously about which profession she should follow, and to talk to everyone she could about possible careers.  She decided on Law and in her second year applied successfully for a summer placement at the prestigious London law firm Slaughter & May.  The firm subsequently offered her a training contract and sponsored her through her postgraduate law qualifications.  She worked in both its London and Hong Kong offices, eventually qualifying into the IP, Technology, Media and Telecoms Group where she worked for the IP partners, including her mentor, Nigel Swycher.  When she received an offer from the IP team at Clayton Utz in Sydney, however, her love of travel again triumphed, and she persuaded Eirik to take a chance on Australia.  At the time, he was working for P&O Ports in London and the company agreed to find him a position in its Sydney operation. Two days after their wedding, they were on a plane to start a new life down under, via a three-month honeymoon in India, Nepal and Thailand.  As it turned out, Eirik adored life in Australia.  He quickly learned to surf and at weekends he would go surfing while Jacqueline played polo.  At other times they would go bushwalking, diving or travelling round the country.  They were in their element.

After several years there, Jacqueline was honoured to be selected captain of the Australian Ladies Polo Team.  By this time she was working in-house for Westpac Banking Corporation, one of Australia’s big three banks, which gave her time off to train and travel on international tours. In a year of highlights, perhaps one of the greatest was taking part in a tournament in the Islamic Republic of Iran, believed to be the first ladies polo international there in over two thousand years!

They had been in Sydney for about seven years, when Eirik’s employer, P&O Ports, was taken over by DP World, a company owned by the Government of Dubai, and he began working on integration of the two businesses.  It wasn’t long before the company wanted him back in head office in Dubai - which meant there was a big decision to be made.  Initially, Jacqueline wasn’t at all keen on leaving Australia, but in the end she agreed – and she’s pleased she did.

She quickly found a role in-house as Senior Legal Counsel with the Jumeirah Group, Dubai’s best-known luxury hospitality group, and in 2008 she and Eirik had their first daughter, Carmel, followed two years later by their second, Millie.  Dubai is a great place to bring up children, partly because everyone has help, which can’t be over-estimated when two parents are working.  Also, the girls are closer to their cousins in England.

When Millie was born, Jacqueline decided to take some time off to look after the children - and to play polo.  During her time off she variously represented the British All Stars and Oxford Alumni in British Polo Days around the world - Moscow, Thailand, St Tropez, Singapore, the UAE and Rajasthan – which gave the whole family the opportunity to travel.   Before long, however, she was thinking about returning to the Law and when the opportunity arose to join Rouse, a trusted client from her Jumeirah days, the timing seemed right.

Jacqueline manages to maintain an impressive balance between family, profession and sport. She attributes this in part to having been brought up in a large and loving family, with older siblings who took her under their wing and taught her about life, and being supported by parents who encouraged her to believe in herself and ‘give it a go’, without imposing any undue expectation or pressure.

When she was at Slaughter & May, Jacqueline had decided that IT teams’ clients were by far the most interesting, so it’s possible she would have found her way to IP in any event.  But the seed was definitely sown when, all those years ago, she had managed to license the Oxford University Polo club logo for real money.