Mary, a Rouse Principal and Global Head of Trademark Formalities, is based in our Hong Kong office. She works with all Rouse offices to ensure the delivery of consistently efficient and streamlined trademark management services.  She has wide ranging experience designing and implementing global portfolio protection, management and enforcement programmes for multi-national corporations.

When sayings have been around for a long time, it’s usually because there’s some truth in them.   “If you want something done, ask a busy person” has been around for a very long time - and there is certainly some truth in it. You won’t find busy people sitting around waiting for things to happen: they will be out there making sure they do happen. This applies perfectly to Mary:  one of the most striking things about her is her ability to make things happen and get things done, something that is greatly appreciated by both clients and colleagues.  It’s a trait she started to develop very early in life – and it’s not limited to her professional life.

Mary’s parents are Chinese, but they moved to the UK when she was very young; she was brought up in Herne Hill, in South East London, an area that might perhaps best be described as challenging.  Her parents had a Chinese take-away food shop there and Mary and her four sisters and one brother helped in the shop from an early age.  It wasn’t an easy life, but it was a life that taught her, and all her siblings, invaluable life skills.  Because their parents didn’t speak much English, the children worked in the shop after school, often till midnight, dealing with customers who were frequently difficult. Inevitably, they developed a degree of independence and maturity unusual for children of their age.

Although they had limited time to focus on schoolwork, they all wanted to make sure they did well enough.  They were determined to have careers that would enable them to have a better life than had been possible for their parents – and they have all done that.  Mary’s brother, for example, trained as a chartered accountant and now runs his own business; one of her sisters is a certified accountant working in the banking industry, another works in the travel industry, and another in the fashion industry,

Mary’s interest in the law developed early because she encountered racial and gender discrimination at school, not uncommon in that part of London at the time, and realised that she needed to know her rights in order to defend herself. She started reading about the law and got interested in various aspects, including consumer protection.  She quickly put her knowledge to good use and got great satisfaction from being able to help her parents when, for example, suppliers would try to take advantage of them because of their limited knowledge of English. By the time Mary left school and enrolled in a law course at the London Metropolitan University, she had a lot of life experience under her belt and was familiar, to some extent, with the workings of the law.  She was, however, introduced to Intellectual Property at university – it was an elective subject - and found it interesting, although when she graduated she wasn’t thinking of a career in IP.  She didn’t really know what she wanted to do and took an administrative position with a software company.  Before long, she decided to move to Hong Kong and the company offered her a job in its Hong Kong office.

After some time working there, she felt she needed something more and obtained an IP position with Wilkinson & Grist, a leading Hong Kong full service law firm.  After several years there, she moved to  Fairbairn, another Hong Kong law firm, where she was able to broaden her experience considerably, expanding her IP knowledge to include patents and developing and streamlining the firm’s IP filing system when digital filing was introduced in Hong Kong.   After several years there, she was just beginning to feel the need of another challenge, when a particularly interesting opportunity to join Rouse arose.  The firm was putting together a creative IP team for a multi-national client - a team with the capacity to think outside the box and the ability to provide a broad range of IP management services, including the development of IP and marketing strategies. For Mary it was an enormously exciting opportunity, involving a wide and range of challenging activities.  She was accepted for the position and from 2007 to 2014 the team worked as their coordinating agent,.  She learned an enormous amount, enjoyed all the challenges the role entailed, and had plenty of opportunity to travel.  In 2014, she was appointed Rouse’s global head of trade mark formalities – another challenging role, but one for which she was, by this time, perfectly qualified.

It shouldn’t be at all surprising to learn that Mary’s non-professional life has been just as active and full of interest as her professional life. She is, for example, passionate about photography, a passion that began in her school days when she acquired her first camera and couldn’t stop playing around with it.  When she first moved to Hong Kong she travelled extensively around Asia with her cameras, making the most of every photographic opportunity. 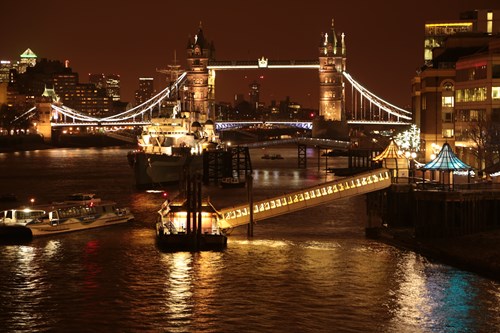 She has also enjoyed acting as photographer at various events including birthdays, football matches, friends’ weddings in Hong Kong, Nice and Mexico, and charity events including the annual Panda Paddlers’ events, held at the Hong Kong International Boat Race to raise money for the Cambodia Childrens’ Fund. 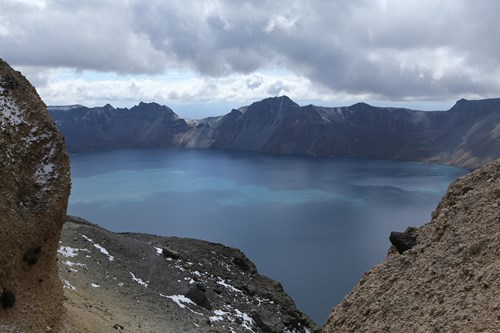 Mary was a member of Panda Paddlers’ original paddling team and paddled with them for four years to raise money for the Cambodia Childrens’ Fund.  She also sponsored a child in Cambodia and, before Covid, visited her every year.  Another passion that began in her school days, and has continued over the years, is baking.  When she was at school she would spend her weekends happily baking cakes for the family.  Now, with only two of her siblings in Hong Kong, her it’s her colleagues who get the benefit of her baking skills.  Mary likes to share what she bakes and, whenever she can, brings a variety of cakes into the office - gingerbread at Christmas time.

So …  if you want something done, almost anything it seems, just ask Mary!