View from a volunteer

As you may know, last year instead of creating a Season's Greetings card, Rouse decided to put the money to good use and support The Mitrataa Foundation in Nepal. This had a second unforeseen benefit as Katya Hardcastle, daughter of Rouse Executive Edward Hardcastle, was searching for something meaningful to do in her year out before starting University. This is her update as a volunteer with Mitrataa.

I’ve been in Nepal for just over a month now and after a little time settling in and getting used to the non-stop energy of Kathmandu have been lucky enough to work with one of Mitrataa’s partner schools and on the set up and implementation of two great projects. I spent three weeks at Wilson one of Mitrataa’s partner schools over the revision and exam period. It was extremely useful learning the differences between education in Nepal and in the U.K, giving me an understanding of how the children learn and work. I was also eager to help the children to deal with the stress around exams, encouraging them to take time away from classes to play basketball or just take time for themselves as exams in Nepal even for very young children are approached with a lot of pressure.

The two other projects I have been assisting with are a financial literacy project and an effort to measure the achievement of kindergarten children without formal testing. Although the norm for that age in Nepal, the testing is not helpful for the overall development of the children, which is why Bec and the project leaders have been using resources sent by Australian and English early years teachers to form observational assessments that work for the context of Nepali kindergartens.

The necessity for both these projects comes from the schools which focus on results rather than the full understanding of the children. Most children have learned the answers to maths problems with memorisation but later have issues using maths-based problem solving to run their families finances or successfully run a business. The financial literacy project aims to stop maths being something the children are frightened of doing, something I can easily relate to thinking back to being a dyslexic sixteen-year old dragging my feet through the bare minimum of maths GCSE.

There has been a lull in activity over the last week or so, not just at Mitrataa but across Nepal as almost everyone headed back to their villages for Dashain one of the main festivals. Reflecting on the amount of work and progress I’ve seen achieved here over the last month I’m just excited for how much more we can do. 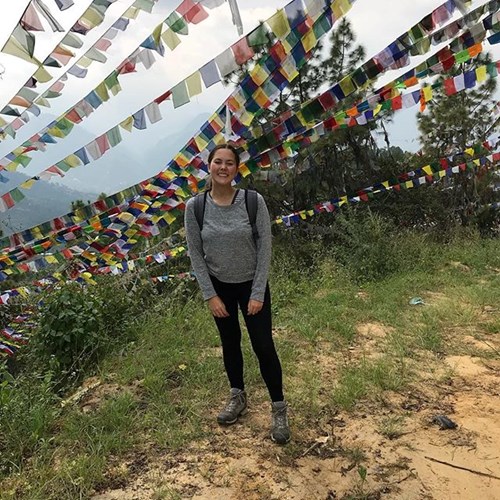 Rouse in Profile: Matt Blewett
From cricket to computers – and pretty much everything in between