Mind the Gap - The IP Protection law vs. reality in raids in Russia

The Enforcement Gap refers to the difference between legal theory on anti-counterfeiting; that is how the laws purport to prevent such illegal activities and the practical outcomes. This is the second contribution in a series of articles which examines the Enforcement Gap.  Our first piece explored the Enforcement Gap in Thailand, following with China, Philippines, Indonesia, Cambodia, UAE, Vietnam and Hong Kong. as the other markets explored.

The Enforcement Gap in Russia

Rights-holders often have inflated expectations of the police. “Laws are in place, others succeed, so why not me?”

Russia is one country where there is often a gap between theory and reality. There can be many reasons for this: the criminal threshold, the sheer scarcity of personnel and other resources (with many other priorities), and notorious markets where the traders have a cosy relationship with local police. These are common issues around the world; however, there are a couple of additional factors in Russia which rights holders should bear in mind.

For the last 20-25 years, the Russian police assess the efficiency of its officers/departments based on a case quota system. Simply, this means they have to exceed certain quotas of finished cases of each type of offence every year.

This is an informal system – officially both the government and the Ministry of Internal Affairs have claimed that “case quota system” doesn’t exist anymore, but in fact, it’s still in use. Recently, it made news during COVID lockdown in Novosibirsk, Russia – a senior officer from city’s police department, instructed her subordinates to make at least 8-10 detentions of curfew breakers in each district of Novosibirsk.
It’s obvious how such a system can impact rights holders. Sometimes the police are compelled to ignore certain types of infringement and pay additional (not to say excessive) attention to others in order to meet their quotas.

Guarantee of success in criminal cases

This is difficult to understand until you consider it in conjunction with the case quota system. In order to meet quotas, the cases must succeed!

Every individual in the “chain of prosecution” (from detective to prosecutor) wants to feel assured (guaranteed!) that the case will end with a guilty verdict when it reaches the Court. In addition, each member of a chain has the right to stop/dismiss proceedings if they believe a guilty verdict is not guaranteed.

Putting this into context, if we consider typical, well planned, police enforcement actions against wholesalers and manufacturers of counterfeits, there are three (3) main stages of action: police intelligence activities into a target, formal criminal investigation (which starts with a raid), and prosecution through court proceedings. Looking at each of these stages:

Whilst the above may mean that some complaints do not progress (or progress at what appears to be a slow pace) there is a positive side to these problems. Because of the need for certainty, investigations, when conducted, tend to be extremely thorough, using things like wire-taps and other eavesdropping mechanisms.

This often means that what may have started as a lead into a single target expands into an investigation into an entire manufacturing/distribution chain. This may take time but is ultimately much more effective.

In Russia, different from most countries, patience is a virtue, and those who have it will often reap the rewards. 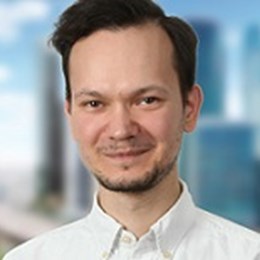