Mind the Gap - The IP Protection law vs. reality in Thailand

COVID 19 has significantly changed the face of our world. One clear trend that has accompanied this pandemic is an increase in counterfeiting. Part of this regression is driven by opportunism from unscrupulous or perhaps desperate traders. Additional issues include COVID-specific problems which range from fake personal protective equipment to patent infringing generics, and flat out fraudulent vaccine or testing kits.

This is the first contribution in a series of articles which examines the Enforcement Gap. The Gap refers to the difference between legal theory on anti-counterfeiting; that is how the laws purport to prevent such illegal activities and the practical outcomes. Common issues include non-deterrent penalties, tiny damages awards or overcomplicated procedures into which criminal IP cases are dragged along, costing the IP holder time and resources. Over the next few articles, we will describe such examples and how to overcome them in several key global markets. Our second leg of the journey features the Enforcement Gap in Russia, following with China as the third explored key market.

The Enforcement Gap in Thailand

An IP holder can initiate a criminal case by either lodging a complaint directly to the specialised Central Intellectual Property and International Trade Court or with the police. If they file directly to the Court, the IP holder must first prove that their case has a valid ground. This can be challenging to succeed without evidence from police raids. This is why many IP holders initiate their cases with the police. In theory, the police will investigate, run raids to seize infringing products, gather evidence and submit the case to the public prosecutor to file the case to the Court. In reality, the police usually expect an IP holder to supply all investigation information and payments to run raids. Without payments, raids may not move ahead, or they may get compromised, or the post raid police report may lack key information. As a result, if and when the case gets to the Court, the Court sees little evidence that warrants sentence that is more severe than small fine and/or suspended imprisonment. Many infringers no longer fear police raids; hence, resulting in criminal cases and repeated infringement is not uncommon.

To avoid this problem, we recommend other enforcement options—warning letters as an initial step, and civil litigation against larger and stubborn infringers. Warning letters get good cooperation rate in Thailand and are relatively quick and cost-effective. Importantly, civil litigation can lead to settlements or damages award that is larger and thus more deterrent than the usual small fine in a criminal case.

Thailand has site-blocking measures which allow an IP holder to make a request through a police centre (which was later disbanded) or the Department of Intellectual Property (DIP) who will, in turn, submit it to the Ministry of Digital Economy and Society (DES) to apply for a Court’s order to block or erase infringing content. Once with the Court’s order is secured, the DES can block or erase infringing content or order ISPs to do so (though in practice the DES will only order ISPs to do so). The DES also has the power to fine ISPs if they don’t comply. The measures were supposed to be a great solution for IP holder dealing with online infringing sites.

In practice, the system leaves a lot to be desired and is plagued with several issues. For example, the DES sends the Court’s orders to some, but not all ISPs. When some ISPs claim to have ‘technical issues’ with blocking some sites, they are simply left off the hook. Often the accepted technical issues concern encrypted https sites which many Thai ISPs claim they cannot possibly block. Ignored is the fact that https sites have been successfully blocked by ISPs in countries around the world. The DES never imposes a fine on any ISPs.

Good news is that the DIP noticed this problem. They recently announced that they would step in as a coordinator between IP holders and the DES. The police and the National Broadcasting and Telecommunication Commission (NBTC) also formed a new initiative, the Police Cyber-Crime Task Force (‘PCT’) to work with the DIP. Under the new measures, the ISPs must comply with the Court’s order and block the site within the deadline as specified by the Court’s order. DES can allow extension of time, but no longer than 15 days. If ISPs do not comply, IP holders can report the non-compliance to the DIP. The DIP will notify the DES and NBTC. The DES will impose a fine on the ISPs until they comply and, as the NBTC is the regulatory authority that licenses and regulates ISPs, the NBTC is also hoped to help pressure ISPs into compliance. The new measures place a burden on the IP holder to monitor and report the ISPs’ non-compliance. Nevertheless, it can be a welcome procedure if it means that the ISPs will be actually held accountable to comply with the Court’s order. It remains to be seen if and how the new measures will work out in practice. 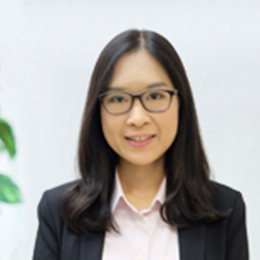 After Unwired Planet why its now over to Chinas courts to set global FRAND rates
The UK Supreme Court’s decision was widely seen as a victory for SEP owners but, says Rouse’s Doug Clark, it might prove