The court ruled that:

The plaintiff, Burberry Ltd, is the owner of the well-known luxury brand Burberry and approved to register the trademarks "BURBERRY", "

" in China. The trademarks are used by the brand on its clothing and other additional goods. The "BURBERRY" and "

The defendant, Xinboli Trading (Shanghai) Co., Ltd., was the licensee of the registered trademarks "BANEBERRY" and "

" prior to the court’s ruling. In addition to the above-mentioned trademarks, the defendant used the same or similar trademarks as Burberry’s registered trademarks "

" on clothing products, imitating the style and design of BURBERRY clothing, the shape of the tag, and packaging. The Royal warrant, a mark of recognition of those who have supplied goods or services to households of HM the Queen, HRH The Duke of Edinburgh, or His Royal Highness the Princess of Wales was also included on clothing tags.

The sales and footprint of the firm expanded rapidly, particularly with Xinboli Trading’s decision to open Baneberry shops and special outlets in the second half of 2019. By the time Burberry had filed its application for an injunction at the end of 2020, the number of the defendant’s stores had expanded to more than 40, close to the number of Burberry’s own stores in China. The infringing stores were mostly opened in large shopping malls or outlets in first- and second-tier cities. Its online channels have extended to Tmall, WeChat, Pinduoduo, Xiaohongshu and other platforms, causing significant confusion amongst a large number of consumers.

Burberry Ltd asserted that the "BANEBERRY" and "

" trademarks used by the defendant were registered maliciously and deliberately to imitate its own well-known trademarks and should be prohibited from being used. Use of the same or similar checkered pattern also infringed its right to use the registered trademarks "

In the injunction, the Intermediate People’s Court of Suzhou City, Jiangsu Province focused on several elements: examining Burberry's entitlement to its rights and its stability, whether the defendant’s behaviour constituted as infringement, whether the application for behaviour preservation is of urgency, and if no immediate measures were taken, whether the measures have caused irreparable damage to Burberry's legal rights (e.g. the balance of damages and whether the order to stop the relevant act will cause harm to the public interest).

As far as the possibility of infringement is concerned, the Intermediate People's Court of Suzhou City, Jiangsu Province holds that Burberry's "BURBERRY" and "

" trademarks are very well-known and widely recognised. Although the trademark used by the defendant was a registered trademark and was registered for more than five years, Burberry’s “BURBERRY” and “

” were well-known before the filing date of the alleged infringing trademark application and that the trademark used by the defendant was registered with malicious intent.

The application for registration, circulation and actual use of the trademark was evidence that the alleged infringing trademark was registered in bad faith and therefore, should not be subject to the five-year time limit. In addition, the alleged infringing behaviour involved the malicious copying and imitation of the well-known trademarks involved, using logos that were highly similar to the Royal Warrant awarded to Burberry, copying clothing tags and packaging of its products, and using false propaganda that deliberately imitated Burberry’s brand history in the course of business operations.

The Suzhou Intermediate People’s Court of Jiangsu Province held that the scale of the alleged infringement was huge and that failure to take immediate action would cause irreparable damage to the applicant’s legitimate rights and interests. Failure to take immediate measures would result in Burberry's market share in the region shrinking, with economic losses difficult to calculate. Secondly, the alleged infringement could easily lead to confusion and misidentification in the consumer market. Failure to take immediate measures would seriously detract from the applicant’s goodwill and weaken the distinctiveness and identification of Burberry’s well-known trademark. Thirdly, as the annual Spring Festival holiday is about to enter its peak sales seasons, there is an urgency to stop the alleged infringement.

This article was first published in China IP Magazine. 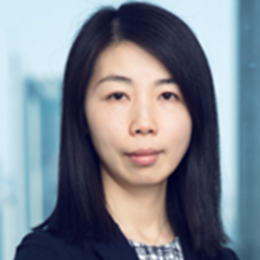 more
Levi’s vs. Imitators
How brand owners can use Civil Litigation and Mediation to their advantage

Counterfeit Goods in the Middle East

IP Enforcement at Canton Fair in China: Before and After the Covid Pandemic
We cover the important issues of IP protection at the Canton Fair and the impact of the COVID pandemic