On January 25, the President of the Beijing Higher People's Court issued the 2020 Work Report (the “Report”) at the fourth session of the 15th People's Congress of Beijing. According to the Report, the Beijing Courts received 839,175 new cases and concluded 836,514 cases.

Recently, the China National Intellectual Property Administration (“CNIPA”) published its 2020 intellectual property statistics in its first quarter press conference, which are as follows:

Recently, the Trade Mark Office of the CNIPA issued major trade mark statistics for provinces, cities and counties for the fourth quarter of 2020, including the number of trade mark applications and registrations for each province, as well as for administrative regions at the provincial, municipal and county levels, along with the number of applications and registrations for collective trade mark and certification trade marks in all provinces, autonomous regions and municipalities under the Central Government.

Recently, the National Copyright Administration issued significant achievements of  copyright work in China during the period from 2016 to 2020, which are as follows:

Bytedance filed an anti-unfair competition lawsuit against Beijing Chuangrui Media (“Chuangrui”) for the illegal copying of short videos and comments from Bytedance’s Douyin onto its Shuabao app.

The Beijing Haidian People’s Court held that Bytedance, as the developer and operator of Douyin, invested labour and financial resources to attract users to publish, watch, comment and share short videos through proper and lawful operation. The short videos and comments displayed on Douyin are legitimate business activities of Bytedance and such legitimate rights and interests shall be protected by the Anti-Unfair Competition Law. Secondly, Chuangrui did not operate its app normally to attract users, establish a competitive advantage and obtain business benefits in a legal manner. Instead, Chuangrui directly uses technical and manual means to obtain the short videos and comments Bytedance relies on for business and profit. Without investing corresponding costs, Chuangrui competed with Bytedance for traffic and users, weakening Bytedance’s competitive advantage and damaging its legitimate rights and interests. The court held that this type of behaviour violated the principal of good faith and recognised business ethics, constituting as unfair competition.

The Court granted an injunction and ordered Chuangrui to compensate Bytedance for the economic loss of RMB 5 million. 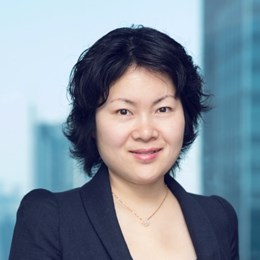