How to win the fight against “legitimate” infringers in China?

On 30 December 2020, a Shanghai court passed a judgement holding that Qiao Dan Sports Company (“Qiao Dan Company”) infringed upon the personality rights of US basketball player Michael Jordan. According to the judgement, Qiao Dan Company is prohibited from using its trade name and some of its trade marks, including the “Qiao Dan” trade mark (a Chinese transliteration of Michael Jordan).

This judgment was one of most eye-catching IP news in China last year and to a large extent, it symbolised the end of Jordan’s nine-year legal battle against Qiao Dan Company, which allegedly infringed upon Jordan’s rights in a very comprehensive way.

Over the past nine years, Jordan (along with Nike) launched hundreds of trade mark and trade name infringement lawsuits against Qiao Dan Company. Though there were no official statistics, it is estimated that millions of legal fees were invested in administrative and court cases before the final judgement. 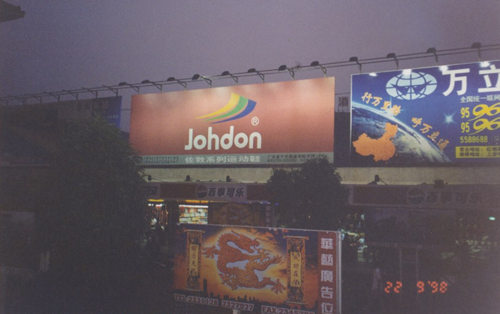 1. Registered and purchased nearly 100 “Qiao Dan”-related trade marks in various classes, which even included the names of Jordan’s two sons;

Over the past 20 years, Qiao Dan company seemed to benefit enormously from the infringements. Without spending significant amounts of money in employing big stars as brand ambassadors (like its domestic rivals), Qiao Dan Company developed from a small factory in a small city of Fujian province into a nationwide famous brand with RMB 450 million in registered capital, over 6,000 stores and an annual revenue of RMB 5 billion.

Is Qiao Dan an isolated case?

Over the years, other famous foreign brands have encountered similar infringements. This non-exhaustive list of brands includes New Balance, Mars, Wyeth, and Victoria’s Secret, amongst others.

In practice, they would:

2.  register or control companies using the pirated marks as the trade names;

3.  use and advertise the trade marks and trade names in misleading but seemingly legitimate  manners (as they have IP registrations).

From a legal perspective, there should be no disagreements that this type of comprehensive infringement can cause consumer confusion, dilute brand distinctiveness, and eventually harm the brand integrity of brand owners.

However, Qiao Dan’s case may be able to demonstrate how harmful comprehensive infringements can be to brand owners.

During litigation proceedings at the Supreme Court, Jordan’s lawyers submitted two consumer survey reports, which were accepted by the court as key evidence in favour of Jordan. The two surveys respectively state that 93.5% and 78.1% of consumers that bought Qiao Dan Company’s products thought Jordan was related to Qiao Dan Company. The majority of those consumers thought Mr. Jordan represented this company as brand ambassador.

These statistics may indicate that the majority of consumers who bought the infringer’s products intended to buy genuine products represented by Jordan instead. Considering Qiao Dan Company’s reached an annual sales revenue of RMB 5 billion, the market share that originally belonged to Jordan (and Nike) and valued at the millions, was instead stolen by Qiao Dan Company through IP infringements.

How to address comprehensive infringements?

Infringers normally do not conduct full-blown infringements from day one. They usually start with small acts, like registering and using one similar trade mark, to test the waters. If the small infringements are rewarding and brand owners are looking away, they will then escalate in their acts, such as registering more trade marks and trade names, imitating packaging, creating misleading advertisements, and more.

A. Deal with it earlier

It is critical to handle IP infringements from the outset, no matter the scale. For this purpose, brand owners should set budgets to look for suspicious registrations of trade marks, trade names, and domain names.

Whenever suspicious registrations are discovered, active measures such as trade mark oppositions/invalidations, trade name complaints, domain name complaints, are worth taking. Brand owners cannot afford to tolerate these IP registrations. If infringers secure such registrations, litigations against their infringements will be much more difficult and expensive.

Jordan found about Qiao Dan Company at a very late stage, around 11 years after the first mark was registered. It was an expensive mistake, as Jordan lost its legal disputes against 74 Qiao Dan-related trade marks that cannot be invalidated as they have been registered for more than five years. Though the Chinese courts required Qiao Dan Company to add some distinguishing descriptions when it uses those trade marks, what the descriptions should look like were not made clear by the court. It is likely that Mr. Jordan still need to launch new cases against Qiao Dan Company if the latter’s descriptions are not distinguishing enough.

B. Deal with it comprehensively

Besides preventing infringers’ IP from being registered, brand owners should also proactively contain the use of the IP.

i. brand owners hold a strong stance and would not tolerate infringements;

ii. infringers’ use of their IP holds the risk in being cancelled/invalidated by brand owners.

Strong letters may scare away some infringers at an early stage.

b. Administrative complaints – some bold infringers choose to use their IPs in spite of brand owners’ warnings. Brand owners should not wait for prosecution measures against infringing IPs’ registrations. Instead, administrative enforcement actions (through the China Maritime Safety Administration, Police, Customs, etc.) should be taken as soon as possible. Such actions may not only deter away infringers from large-scale infringements, but also support prosecution cases.

From launching enforcement actions to closing cases, brand owners can also use the media to communicate IP disputes and enforcement cases to the public.

Through wide social communication, brand owners can help the consumer public know who the infringer is, what the infringing goods are like and what genuine goods are like. These communications can stop further consumer confusion and keep market share while cases are still proceeding. Wide favourable public opinion may also influence court decisions to be in the brand owners’ favour.

At the same time, such media coverage can also embarrass or even discourage infringers from further infringements. With the infringements exposed, consumers may buy fewer infringing goods leading to less profits, and continuing to infringe may lead to severe consequences if the infringer loses the litigation in the end.

In the case of Qiao Dan, the media produced over ten thousand reports on the dispute in China and even abroad, and the public opinion was generally in favour of Jordan. According to some reports, Qiao Dan Company decided to rebuild its own brand after seeing its reputation damaged by the highly publicised IP disputes. Even though Qiao Dan company still owns registrations of and are legally allowed to use 74 Qiao Dan trade marks, they are diluting the use of the Qiao Dan trade marks by changing its trade names and purchasing and advertising other brands in its official website and stores. It is highly likely that Qiao Dan Company would not back off so easily if the IP battles were fought silently.

Jordan’s enforcement actions were also applauded for the timing he picked. He launched his first civil litigation in February 2012, just three months after Qiao Dan Company obtained preliminary approval for its IPO. As the IP disputes gradually escalated and were reported by the media, Qiao Dan Company’s IPO ended up being suspended.

According to some reports,  Qiao Dan Company’s IPO failure has costed the company many opportunities to expand its business landscape in the past 10 years, making it fall behind its domestic competitors that started up around the same time. The scale of Qiao Dan Company’s infringements may also have been limited because of this, and may be the biggest blow Jordan’s enforcement actions has thrown against the infringer.

Besides IPOs, other activities made by infringers may also be worth monitoring, such as applying for governmental honours/awards/subsidies, raising venture funds, issuing new stocks, conducting influential PR campaigns, and seeking to establish partnerships with other companies.

In summary, comprehensive infringements are like a cancer, as they can develop from small-scale trade mark pirates into big well-run competitors. It is ideal for brand owners to find and contain infringers from the start through active prosecution, enforcement and litigation. If infringers have escaped early monitoring and developed into big players, brand owners may need to take measures which include consistent legal battles, favourable media coverage and making full use of key moments.