In our previous instalment of this series, we outlined the current state of the ICT industry in Vietnam. This next instalment will highlight key statistics for that industry’s patents in Vietnam.

Figure 1 shows the number of ICT-related patent publications in respect of the total patent filings in Vietnam from 2008-2019.[2] ICT patent publications account for 21% of the total number of applications with more than 17,000 patents out of a total of 81,000. Foreign applicants account for 95% of the total amount of applications, while domestic applicants account for the remaining 5%. Between 2008-2019, ICT filings increased by 26% compared to the total number of patents filed each year. Patent activity from 2008-2012 did not significantly increase, but ICT filings nearly trebled in that period. Unsurprisingly, from 2013 to 2019, patent filings also increased by an average of 25%. 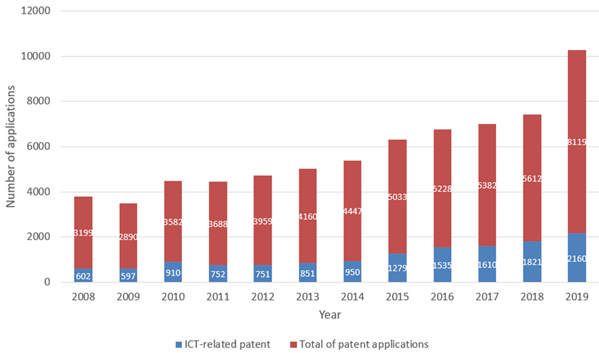 Figure 1: ICT-related patent publications in respect of total patent filings in Vietnam from 2008-2019 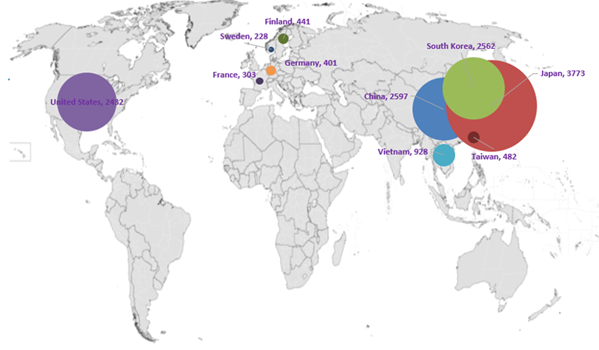 Figure 3 shows that the number of Japan ICT filings have been steadily increasing over the last decade by an average of 10% per year. Since 2018, South Korea and China have become the leading ICT filers - noting South Korea’s (mainly Samsung) increase of 50% per year during 2011-2018. By virtue of Huawei’s investment in Vietnam since 2008, China has strongly increased its growth (60% per year) between 2013-2018, making Huawei the leading filer of PCT patents in Vietnam. In addition to boost growth, Huawei invested in support for training and development of people in the Vietnam ICT industry between 2017-2019.[3] 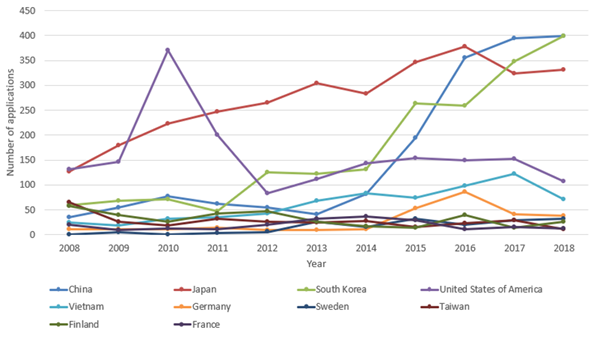 Figure 3: Breakdown of ICT patent applications filed from 2008 to 2018 of the ICT patenting economies (including Vietnam)

Figure 4 shows the number of ICT applications filed by the top ten patent applicants from 2008 to 2019. There was a shift after 2012 in which the leading US applicant, Qualcomm, was replaced. Huawei went from almost no applications in 2014, to almost 600 applications in 2019, signifying an average year-on-year increase of 97%.

Figure 5 shows the percentage chart regarding total ICT related patent publications by field. Four ICT technology fields with the most patent publications are Image and Sound Technology (14%), Mobile Communications (13%), High Speed Network (12%), and Human Interface (12%). Telecommunications and end-terminal/user are significant markets for the development of the ICT industry, suggesting that patent filings in AI, big data and information analysis will rapidly increase in the future.  This seems that it is a focus for the Vietnam government. 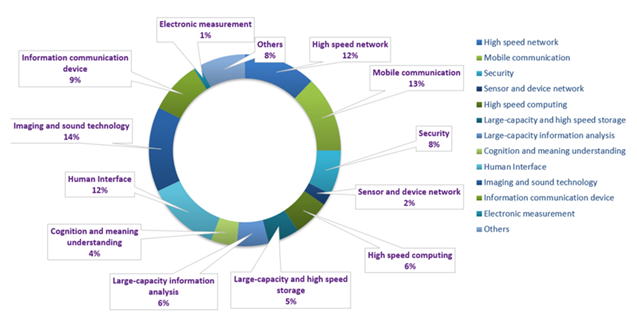 Figure 6 shows a distribution of ICT patent publications across its technologies of 10 ICT patenting economies (including Vietnam). The data shows that the prominent areas of China and the United States are Mobile Communications and High-Speed Networks. Japan’s investment is uniform across all ICT areas. The strongest fields for  South Korea are Imaging and Sound Technology and Human Interface, while for Vietnam they are Human Interface, High Speed Computing, Large-capacity Information Analysis and Cognition and Meaning Understanding – suggesting a future focus for Vietnam industries on AI and big data. Similarly, with leadership in the industry globally as well as interests in business/manufacturing in Vietnam, Imaging and Sound Technology is dominant for Germany and France while Mobile Communications, High Speed Network and Security are dominant for Sweden and Finland. Taiwan is strong for Human Interface and Information Communication Devices.

The number of patent filings of Vietnamese applicants only account for a small proportion of 5% when compared with foreign applicants. However, government policies encouraging R&D activities in the ICT sector have clearly resulted in an increase in patent filings. Universities and research institutes contribute for a quarter of applications, with the rest coming from companies and individuals equally. Main technical areas which Vietnamese entities have patented are Human Interface (20%), High Speed Computing (11%), and Large-capacity information analysis (11%).

Vietnamese applicants are heavily focused on innovative areas which they are competitive in (e.g., human interface) or data-centric areas (such as large-capacity information analysis and cognition and understanding) using Vietnamese as a language. The number of Vietnamese researchers working in natural language processing and data analysis are also increasing. Research from Viettel and Vietnam’s universities/research institutes (notably, Vietnam National University of Ho Chi Minh City, Vietnam National University Hanoi, Hanoi University of Science and Technology, and Vietnamese Academy of Science and Technology) ranges across a broad area of technical fields – and we note that these top universities have created a significant amount of data analysis and AI programs and there is a huge demand for people with skills in this area.

While FPT Corporation’s focus is on Human Interface, Cognition and Understanding, High speed computing, and Large-capacity information analysis. For VinGroup, the vision for R&D activities is in developing AI, Big Data, Information Analysis and Human Interface.  These technologies using data analysis, AI and IoT will support the future industries.  We expect to see smart cities with the related technologies and solutions, including digital offices - something the government wants to promote.  We also expect to see a smarter agricultural industry– using similar technology, and smarter manufacturing.

Statistics on Vietnamese applicants are found below: 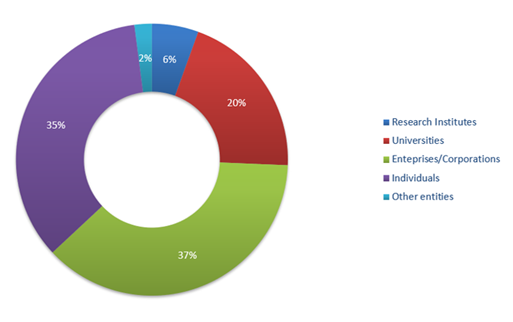 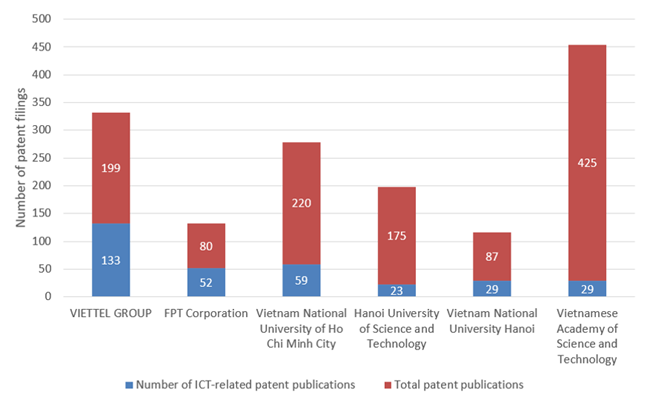 Figure 9: Vietnamese leading patent applicants in the field of ICT

The findings indicate that the number of ICT-related patent publications in Vietnam has been increasing at an extraordinary pace over the past decade. Although most ICT patent filings are from foreign applicants, supporting their global companies in a jurisdiction is of increasing importance to them. Within that space we can see how the initial US frontrunner Qualcomm was replaced by South Korean Samsung, which was then replaced by Chinese Huawei. This indicates that, the more interesting growth comes from Vietnam itself.  We can see investment in technologies where we can see a clear intention to drive future industries. Those industries will transform parts of Vietnam and we will of course, keep you posted…

[2] The data used for statistical analysis is published on 25th December 2020.