Malin Keijser Bergöö
Senior Associate
+46 (0)701 433 799
The decision establishes that the so-called COMVIK approach should be used for all computer implemented inventions.

In February 2019, a question of patentability for simulation methods was referred to the Enlarged Board of Appeal as G1/19. This was seen by the patent profession generally as an opportunity to soften the often very strict practice applied by the EPO for computer implemented inventions. To this end, the Enlarged Board of Appeal received 23 so called amicus curiae briefs regarding this case, many of them from international organisations and corporations such as e.g. Philips, Siemens, and IBM (see here under G1/19).

The decision has now been issued by the EPO, and unfortunately it rather goes the other way. The decision establishes that the so called COMVIK approach (described in detail in the decision) should be used for all computer implemented inventions.

An important discussion around G1/19 is whether a computer implemented invention must have a ”direct link with physical reality” or if it is enough for the computer implemented invention to have a ”potential technical effect” (an effect achieved only in combination with non-claimed features). This question was found to be inadmissible (and thus never discussed) in the previous Enlarged Board decision G3/08.

This question of ”potential technical effect” often arises when the output of the computer implemented invention is data of some type. G1/19 determines that the technical use of such data ”has to be at least implicitly specified in the claim” (see section 137 of G1/19). It is explained in section 98 of G1/19 that ”data about a calculated technical effect is just data, which may be used, for example, to gain scientific knowledge about a technical or natural system, to make informed decisions on protective measures or even to achieve a technical effect. The broad scope of a claim concerning the calculation of technical information with no limitation to specific technical uses would therefore routinely raise concerns with respect to the principle that the claimed subject-matter has to be a technical invention over substantially the whole scope of the claims”.

Some passages of G1/19 clarify what is meant by a ”technical use” of data:

Another situation when a computer implemented method is patentable is when it relates to ”technical considerations of the internal functioning of the computer”. Section 112 of G1/19 e.g. states that ”an algorithm may be particularly suitable to be run on a computer in that its design was motivated by technical considerations relating to the internal functioning of the computer”. However, any such ”adaptions of the computer or its functioning” also has to be ”at least implicitly specified in the claims”, according to section 137 of G1/19.

It is however a very common scenario that computer implemented inventions do not relate to measurement methods or to the internal functioning of a computer, and that there is no direct link with physical reality. In this situation, it may still be possible to achieve patent protection in Europe, but only if the technical solution is described in great detail. If it can be argued that the computer implemented invention does not relate simply to software (even if it does), but to a system that sends signals between its various parts, where these signals are processed and causes various actions in the various parts of the system, the chances of having a European patent granted increases considerably. 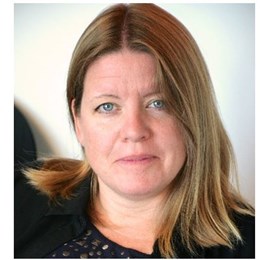