The Eurasian Patent Office has launched a Pharmaceutical Register

On 1 March 2021 the Eurasian patent office (EAPO) launched a new information resource called “Pharmaceutical register” (Register). It is currently available on the EAPO website here. The Register contains information on Eurasian patents relating to pharmaceutically active substances: patent status, registered license agreements etc. In the future it will also contain the information on drug registrations in contracting states of the EAPO.

It means that patent owners can now request that their patents be included on the Register. The patents should relate to chemical compounds, including those described by a general structural formula, biotechnological products, compositions, combinations as well as methods of producing them and their use. The EAPO includes a patent on the Register once it has confirmed that it actually protects the product. Currently this validation is free of charge.

The EAPO is also planning to adopt regulations to maintain the procedure of including patents on the Register, opposing such an inclusion by third parties etc.

Is the Eurasian Register part of a patent linkage system?

No. The main goal of a patent linkage system is generally to prevent national regulatory authorities, e.g., health ministries, from taking any actions which might lead to the infringement of patents for original drugs by generic drug producers. Pharmaceutical patent registers are the main part of patent linkage systems, the most famous example of which is, perhaps, the Orange Book.

The Orange Book is produced by the United States Food and Drug Administration (FDA), and it lists patents protecting each registered drug. The data on patents is provided by the drug producer when applying for th e registration of a drug. The FDA does not check whether the drug is actually protected by the patent and relies on the applicant’s filed declarations. However, a generic drug producer wishing to register a generic drug can certify that the patent is expired, invalid or uninfringed. If the patent owner objects, the registration of the generic drug may be delayed.

Unlike the Orange Book, the Eurasian Register is managed exclusively by the EAPO and is independent of the contracting states regulatory authorities. In other words, there is no formal procedure that would allow these authorities to prevent or delay generic drug registrations in their countries by referring directly to the Register, although they may still refer to it informally.

However, it is early days and we cannot rule out that some legal connection between the EAPO and the authorities will come up in the future. However, for now it does not exist.

The possibility of creating a patent linkage system has long been discussed in Russia. There is still some uncertainty as to whether the registration of a generic drug should be considered as an infringement of a patent. Generally, it is not considered to be. Yet, according to a recent IP Court’s decision, if a generic drug is registered earlier than three years before the expiration of the patent and its cost price is also registered, this should be considered as a threat of infringement. However, there are only Court decision so far and the patent linkage system is intended to clear things up at the legislative level.

The Russian Register is not available yet. However, it is already known that it will be linked to the Russian Ministry of Health, which will be providing the Russian patent office (Rospatent) with the data on drug registrations, and respective amendments to the law on drugs should be introduced.

In turn, Rospatent, like the EAPO, will be carrying out its own validation whether a patent really protects the drug. Unlike at the EAPO though, the validation at Rospatent will be payable.

While the Eurasian Register cannot currently be seen as part of a patent linkage system, it appears to be a very helpful information resource. It should make Freedom-to-Operate searches and analysis a lot easier for generic drug producers hence preventing infringement of patents for original drugs. Also, original drug producers, after inclusion of their drugs on the Register, should expect a lower infringement risk. Therefore, we are strongly recommending that  patent owners file requests with the EAPO.

As for Russia, it is not yet clear how the Register will be implemented. However, unlike the Eurasian Register, it is certainly intended as part of the long-expected Russian patent linkage system.

How the Eurasian and Russian Registers will work together is another question to be addressed in the future. 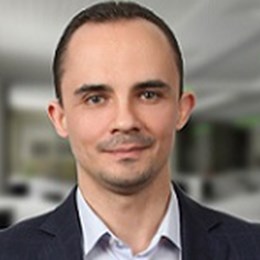