A Trade Mark in Russia can be officially recognised as ‘well-known’ by registration to the Federal Agency of Intellectual Property (Rospatent) for the status. Applications can include registered Trade Marks and unregistered well-known marks.

The first well-known Trade Mark “ИЗВЕСТИЯ” (IZVESTIYA in Cyrillic) was registered on 7 April 2000, more than 20 years ago, for a very famous newspaper in Russia. However, registration of this type of trade mark is quite significant and a lot of particular evidence is required. At the date of this article, there are only 214 well-known trade marks in Russia. 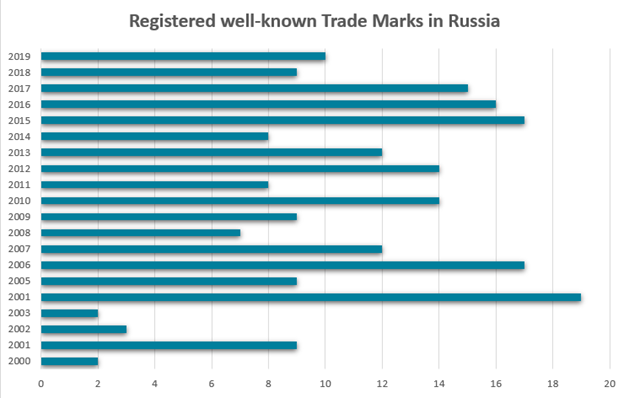 Recent examples of international marks granted the ‘well-known’ status include: 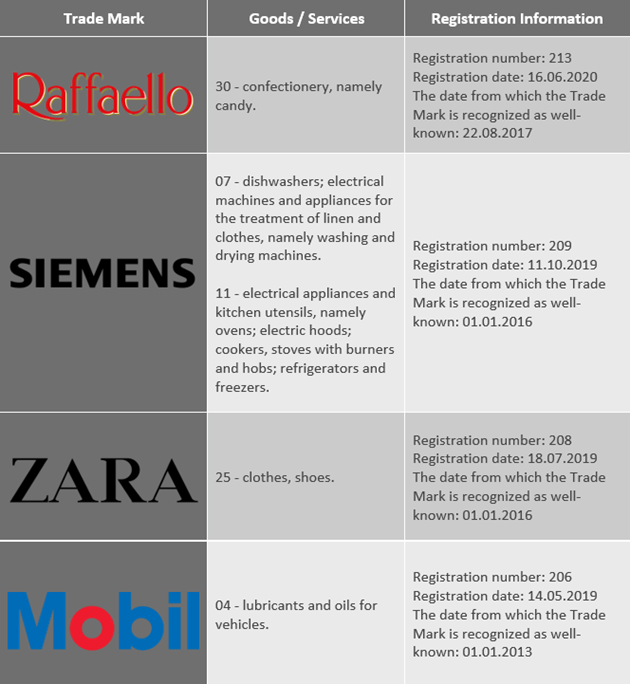 The following benefits can be obtained after the successful registration of a well-known Trade Mark:

Well-known Trade Mark applications are reviewed by a special commission through administrative procedures. The main obstacle for such application is the awareness on the mark in Russia at the date of the application.

The following evidence should be provided to Rospatent to support the Trade Mark application:

One of the main issues which occurs in the process of registration of well-known marks is the requirement to prove that the Trade Mark has been intensively used for goods/services which it is registered in for a significant period of time. However, according to the clarifications made by the Presidium of the Russian IP Court (SIP-676/2017 – TM  Petrol station of Gazpromneft), the use of a series of marks can support the well-known status of the mark if consumers consider new versions of the marks as updated variations of earlier well-known trade marks. In cases of rebranding where most distinctive characteristics of the mark have been retained, it is possible to use the entire history of the use of the well-known mark.

An interested party must also prove that the well-known status was developed due to the business activities of the applicant. In practice, this usually means that the applicant should prove its own recognisability is related to the use of the mark. Sometimes it is very difficult to prove this element due to the lack of awareness of the true manufacturer of goods bearing the well-known mark or due to the foreign applicant conducting its business through local distributors in Russia. However, based on the latest decision of the Russian IP Court (SIP-186/2019 – TM AVITO, SIP-961/2019 – TM ROLLTON), evidence proving the use of the mark is under the control of the applicant is sufficient.

According to the following graph, the number of registrations and refusals for well-known Trade Marks are roughly the same for the last three years. 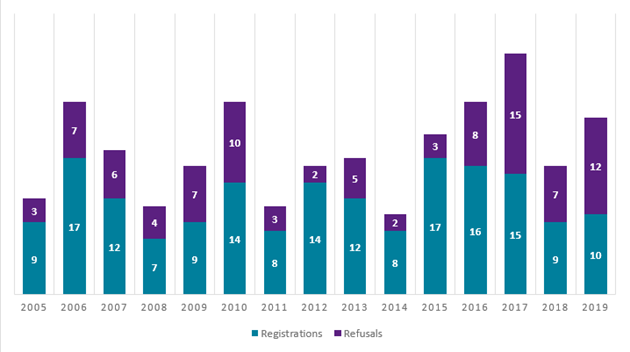 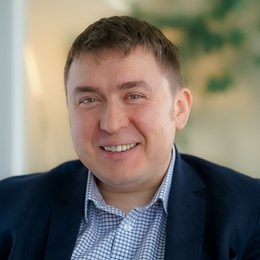