On July 1st, 2022, the Ministry of Commerce of Myanmar issued Notification No. 44/2022 which indicates required forms for filing and prosecuting trade marks under the Trade Mark Law of 2019 ("TML"). Although the TML is not yet in force and the “soft opening period” is still in operation, this long-awaited notification helps clarifying formality requirements ahead of the full implementation of the TML. The notification came with an annex describing the following 19 forms issued in bilingual format (Myanmar and English languages) on the Intellectual Property Department (IPD) website available at https://www.ipd.gov.mm/trademark/trademark-1/forms-for-trademark. 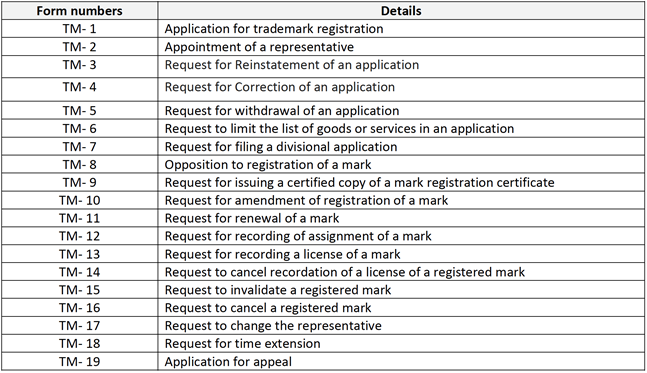 The above forms are not finalised and may be revised. Further guidance will be announced and provided by the IPD. Official fees for each filing and prosecution step will also be announced by the IPD at a later stage.

Once all finalized forms and fees are released, the second phase of the soft opening period will start for the submission of the TM-2 Form and payment of the official fees for the refiled applications. Subsequently, owners of marks, either recorded under Myanmar’s old system or used in Myanmar, will be able to file them at the IPD accordingly and all applications will be assigned the same application date which is the date of the opening of the IP Office or the Grand opening.

For more information or any questions and concerns, please contact myanmar@rouse.com.