The regulations support the existence of patent linkage in Indonesia. Generic drug approval is therefore subject to patents that are notified to the BPOM. BPOM means Badan Pengawas Obat dan Makanan (National Agency of Drug and Food Control). We discuss below implementation of relevant regulations.

Patent linkages are understood to mean the practice of national drug approval agencies “linking” the granting of marketing approval with the patent status of the originator drug. By this definition, patent linkage can be said to be implemented by BPOM based on current practice.

Generic drugs that are seeking Marketing Authorization (MA) based on the bioequivalence of an already approved originator drug will need to submit independent patent search results carried out by the DGIP.  DGIP means Direktorat Jenderal Kekayaan Intelektual (Directorate General of Intellectual Property).

This is based on the following document checklist in the Appendix XIII (Part A) of BPOM regulation:

6.2. Patent search results from the DGIP.

In cases where the DGIP report does not cite patents that are adverse to the generic drug approval, BPOM might still mention certain patents that they believe are relevant and ask for the generic drug applicant to comment on these patents.  Such patent information could have been previously provided by the originator drug MA holder during the application process and remained in the case file of the original drug.  It is not likely that BPOM will on its own initiative search the patent database in order to cite these patents.

If the query from BPOM cannot be overcome, it is likely that BPOM will not proceed further until after the expiry of the patent.

The Indonesian Patent Law provides an exemption for applications that are submitted during 5 year period prior to the expiration of the relevant patent – Article 167 of the Patent Law.

(1) Registration of the First Generic Drug with an Active Substance that is still protected by a patent in Indonesia may be filed by a Registrant who is not the owner of a patent in accordance with the provisions of the legislation.

(2) The registration as referred to in paragraph (1) may be filed 5 (five) years before the expiration of patent protection.

(3) Registrants for the First Generic Drug Registration as referred to in paragraph (1), must submit the following documents:

(4) The distribution permit for the application for the registration of the first generic drug as referred to in paragraph (1) is issued after the patent protection period has expired.

6.2. Patent search results from the DGIP.

This is probably more important for second medical use where the DGIP might overlook the second indication/swiss type claim patent when the search parameter is set at only the compound name.

It will also be good to consider defining the medical indication as close to the medical use claimed in the Patent to anticipate the argument that the Swiss-type patent claim does not apply.  See this article for a discussion on second medical use in Indonesia.

Patent linkage regulation is not consistently applied at BPOM.  In certain situations, the DGIP  search does not cite relevant patents and therefore resulting in favourable reports of the generic drug. BPOM might rely on such reports without further investigation and grant marketing approval.  As discussed above, the search report depends to a certain extent on the search parameter provided to DGIP when the search request is made.  BPOM might also cite patents that are in the originator drug case file and block the application for the generic drug. Patent information may have been omitted from the originator drug case file because the local commercial partner of the originator was not as vigilant as the originator in setting up a stronger patent linkage for the drug. 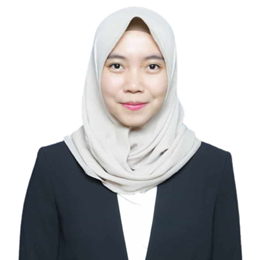 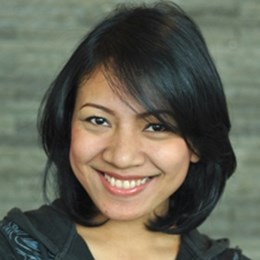