The coming legal reforms in the UAE: What does this mean for brand owners?

Samantha Grainger
Principal & Legal Consultant, Head of Dubai Trade Mark Group
+971 4 309 8000
The United Arab Emirates has formally approved some of the most extensive legal reforms ever seen in the country.

These include major changes in the intellectual property space including an expansion of trade mark laws, revisions to patent laws, stronger copyright rules and a greater protection of personal data. These major reforms are part of a series of 40 laws which include updates to existing laws and the introduction of new legislation.

The UAE has firmly cemented itself as a global hub over the last few decades and is taking the natural steps to ensure the diversity and modernisation of its economy. The government has enacted this series of laws in order to move towards an innovation and knowledge-based economy. There is a growing awareness of the importance of intellectual property as the backbone to these types of economies.

Amendments to the trade mark law

A major change is the move to multi class trade mark filings, as previously the UAE was a single filing class jurisdiction. We expect this to reduce costs. Another significant change involves licence agreements. It is no longer required to record the licence at the UAE Trade Mark Office and so trade marks owners can now enforce unrecorded trade mark licences. This will prove particularly useful when trade mark owners are required  to prove use of a trade mark.

It is also now possible to record an assignment against a pending trade mark application. Previously this could only be done against registered marks.

Cancellation actions for none use will also first be directed to the Ministry of Economy as opposed to the courts.

Provisions have also been included in relation to geographic indications which were absent from the earlier law.

Another significant change is the establishment of the new Grievance Committee. This Committee will be headed by a judge and consist of two local IP experts. This is an important  shift as it brings together into one committee technical IP knowledge and the expertise of the judiciary. The decisions from this committee will only be appealable to the Court of Appeal and no longer to the Court of First Instance.

The changes came into effect on 2nd January 2022 and will have a significant impact on brand owners as the UAE moves closer towards an innovation and knowledge-based economy. 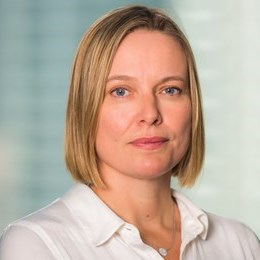