On 13 March 2019, Beijing Chaoyang District Court determined that the use of a car design by Jiangling Motors (“JM”) constituted a case of unfair competition against the plaintiff, Jaguar Land Rover (“JLR”). The court held that the design of JLR’s Evoque had established a reputation and JM’s Land Wind X7 was similar, which may confuse the relevant public. The defendant was ordered to stop manufacturing, marketing and selling infringing cars, and must pay damages of RMB 1.5 million (approx. USD 220,588). JLR had simultaneously filed a copyright lawsuit for the same design but the court dismissed the claim.

JLR created the new Evoque design in February 2009 and displayed it at the Guangzhou International Car Exhibition in December 2010. JLR launched the sale of the new Evoque on the Chinese market in November 2011, and since then gained reputation for Evoque among Chinese consumers.

JLR applied for a design patent on Evoque in 2011, but it was invalidated by the Patent Reexamination Board (PRB) on request of JM, as the design was publicly displayed prior to the application in 2010.

JM filed an application for a design patent for its car model Land Wind X7 in 2013. However, it was invalidated by the PRB and the invalidation was upheld by the Beijing High Court in 2018. The Court decided that there were no significant visual dissimilarities between Land Wind X7 and Evoque. 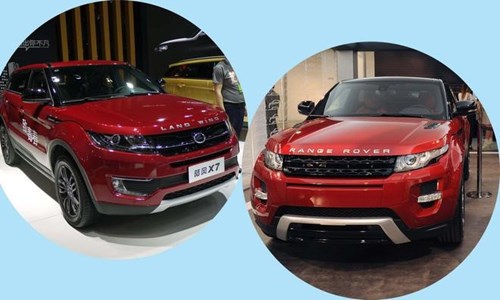 The court ruled that all these requirements were satisfied in the case. It held that JLR had made long standing use and promotion for Evoque, and that the relevant public was able to associate the unique design with JLR cars. The court also held that the shape and design of Land Wind X7 and Evoque are similar in five specific features. Their use may mislead and confuse the relevant public.

However, the court rejected the copyright infringement claim, as the design of Evoque hadn’t reached the minimum level of originality required for copyrightable work, and consumers would regard it as an industrial product rather than a work of applied art.

In the copyright case, JM argued that JLR had abused its right as it had already claimed unfair competition for the same design, and moreover the design patent had been invalidated. The court rejected this argument by affirming the doctrine that different IP rights for the same design can overlap and that IP owners are entitled to file lawsuits for different claims simultaneously.

The case suggests that courts in future may adopt a broader concept of unfair competition from the perspective of product reputation and likelihood of confusion among relevant consumers for car designs.

Unfair competition action has been playing an increasing role as backup or blanket protection where other options may not be applicable. It is of critical importance for IP owners to maintain sufficient evidence such as prior use, promotion and advertisement costs, designers’ drawings and relevant awards. They should also note that uncertainty in unfair competition actions will remain, and the outcome will depend upon the sophistication of the court, and thus forum shopping is particularly important.

Having said that, design patent applications continue to be an important component of design protection in China, though special caution should be given to prior disclosure of the design by public display or product launch.

Concerns in IP litigation in general remain on separation of civil proceeding and invalidation proceedings which almost certainly results in delay of cases.  Recently the SPC Vice President Mr. Luo Dongchuan proposed to NPC that the two proceedings be combined, which, once adopted, will reduce the delay considerably in the future.

The JLR vs JM case may also impact Chinese domestic car makers. While some industries – such as e-commerce, social media, telecommunication and high-speed railway – successfully transitioned from “made in China” to “invented in China”, the domestic car makers have continued imitating car designs of international companies with low legal risk of being sued successfully. This will hardly continue as China’s court system is getting increasingly sophisticated. 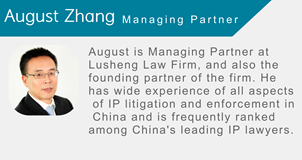 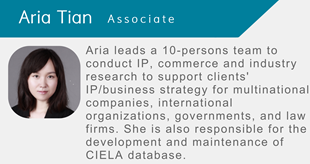 More
NFTs in China: Digital assets with a difference
How are NFTs viewed in China and how does the ban on crypto currencies affect NFTs?