How to withhold tax rates of royalty, dividend and interest in China

Since the early 80s, China has entered tax treaties with 107 countries for the avoidance of double taxation and to prevent fiscal evasion. Among the 107 tax treaties, 99 are already in effect, with the remaining 8 still under domestic legalization procedures in both countries. The State Administration of Taxation of China website has the status of the tax treaties in Chinese and English.

The withholding tax rates on revenues of dividend, royalty and interest vary in different tax treaties, with some having been updated. Below is a quick reference guide to the tax rates in tax treaties of countries China has major investments or businesses flow in or out.

** These tax treaties are not effective yet.

As some of the tax treaties offer lower withholding tax rates, companies could take advantage of these beneficial tax rates through proper tax planning. A foreign party needs to prove it is a “beneficiary owner” of the tax treaty for the revenues it receives from a Chinese party if it wishes to enjoy the lower tax rates. It is not granted automatically. There are tax procedures to be filed and completed before the foreign party can enjoy this beneficial treatment. The Chinese tax authority updated the tax procedure in late 2019. Where the “beneficiary owner” has more discretion for judgement, they also bear more responsibility for the burden of proof. We recommend companies consult tax professionals before embarking on any changes to their tax regimes. 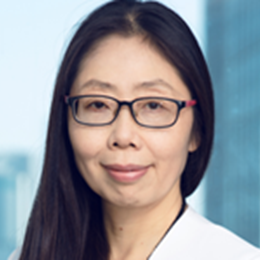