Mind the Gap - The IP Protection law vs. reality in raids in the Philippines

The Enforcement Gap refers to the difference between legal theory on anti-counterfeiting; that is how the laws purport to prevent such illegal activities and the practical outcomes. This is the fourth contribution in a series of articles which examines the Enforcement Gap. We have also explored other key markets including the Enforcement Gap in Thailand, Russia, China, Indonesia, Cambodia, UAE, Vietnam and Hong Kong.

The Enforcement Gap in the Philippines

Unexpected high costs of enforcement actions raids on the Philippines

The Philippines has a mixed reputation for IP enforcement. It used to be difficult to conduct raids, but since 2016 the National IP Coordination Centre (‘NCIPR’) has spearheaded a simplification of the raid system and removed many barriers. In very recent times,  raids have become simpler and easier to conduct. IP holders can now file a complaint with the NCIPR, which helps to arrange the search warrant, execute the raid with the police or National Bureau of Investigation and ensure the case passes to the Department of Justice (‘DoJ’) for prosecution. At this point, cases can slow down as they pass through the criminal legal system. The DoJ must file the case with the Court, allowing a prosecutor to handle the case. The case is heard by the judge, typically with one hearing per month, although many hearings get postponed. A fast case would take three (3) years from DoJ to judgement. That’s before any appeal, which is a common occurrence.

All this time the goods seized at the raid are held in a warehouse. The NCIPR has access to one, and it can be provided (when there is space) to IP owners at no cost. But if there is no available storage, the IP owners must pay for a commercial warehouse. This implies that an IP raid which starts as a big success can ultimately lead to an IP holder paying for the costs of storage for many years. These risks can reduce the return on investment (‘ROI’) of enforcement to zero or in worst cases to negative.

This example paints a picture of the difference between the expectation given by a raid system which promises simplicity and a very different outcome; namely an expensive and very lengthy storage process.  An Enforcement Gap exists; because that the NCIPR in the Philippines promises a very effective raid system, but ultimately, this can cost the IP holder a fortune in unexpected fees over many years. 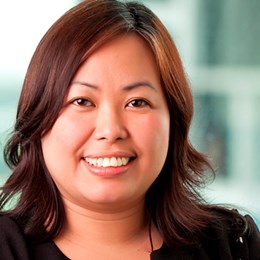