Protection of coloured vs non-coloured trade mark in Vietnam

One of the most frequently asked questions by our clients who intend to file trade mark applications in Vietnam is “Should I file my mark in colour or in black-and-white?”. In order to answer this question, it is essential to look at how IP Vietnam and other authorities treat each type of trade mark through three aspects: (i) scope of protection, (ii) use of trade mark, and (ii) claim of priority right.

The scope of protection between black-and-white marks and coloured marks is a long debated topic, with two main perspectives. One perspective is that black-and-white marks, just like their coloured counterparts, can only be used in the exact version that has been registered and cannot be versatilely used in any other colours. The other asserts that the registration of black-and-white trade marks can also cover protection and use of the same mark in different colours as long as other elements are strictly kept the same.

Vietnam does not follow either viewpoints. Pursuant to Article 16.1 of Decree No. 103/2006/ND-CP detailing and guiding the implementation of a number of articles in the IP Law, scope of trade mark rights is determined according to the scope of protection stated in the trade mark registration certificate. This means that only the registered version of the trade mark can be used.

There are no regulations that explicitly extend the protection for a black-and-white mark to coloured versions of the mark. However, IP Vietnam is more likely to cite a prior black-and-white trade mark when refusing the registration of its coloured version filed by other third parties by reasoning that they would cause confusion to consumers.

In enforcement procedures, enforcement agencies in Vietnam used to have no objection if trade mark owners relied on registered black-and-white marks to act against infringing products bearing the coloured version of the registered marks, and vice versa.  However, the enforcement landscape in Vietnam is changing relatively quickly. One thing to note is that enforcement authorities tend to follow guidance from IP Vietnam on substantive matters, which includes this issue.  Therefore, trade mark owners are encouraged to seek advice before taking enforcement action if the registrations they own are not exactly the versions they are using in business operations or are being infringed.

According to Article 124.5 of the IP Law, use of a trade mark means carrying out the following acts: (a) affixing the trade mark on goods, goods packaging, business facilities, service facilities, and transaction documents in business operations; (b) circulating, offering, advertising for sale or stocking sales goods bearing the trade mark; and (c) importing goods or services bearing the trade mark. Given the wording of the law, the examiner may strictly interpret the phrase “affixing the trade mark” as using the registered mark in its exact form and therefore reject the use of said trade mark in colour as evidence of use of the black-and-white mark. As a result, using a coloured version of the registered black-and-white trade mark would result in possible revocation of the trade mark by a third party due to non-use, even though no revocations for this reason have been reported in Vietnam to date.

In practice, determining whether the use of trade mark in colour can be accepted as evidence of use of the trade mark registered in black-and-white is considered on a case-by-case basis and is often based on the subjective opinion of the examiners.

In a recent case on trade mark revocation for non-use, IP Vietnam has decided that the adjustment of non-distinctive elements of a trade mark in actual use compared to the registered version does not have any impact on the distinctiveness of the whole mark.  Validity of the trade mark was maintained in the case.

Therefore, if the presence of colour does contribute to the distinctiveness of a mark, use of its version in black-and-white may not help defend trade mark revocation under the ground non-use raised by third parties.

The current IP Law and its implementing regulations do not provide a clear answer for this question. However, from the wording of Article 91.2 of IP Law which states: “An applicant for registration of a mark may claim priority on the basis of the first application for registration of protection of the same subject matter”, it can be inferred that in the assessment of a priority claim, a trade mark registered in black-and-white will not be considered as the principal application for the coloured version of the mark as they are not the same subject matter and vice versa, regardless of their identicalness in other elements.

In practice, IP Vietnam adopts a strict approach when processing priority claims. In particular, any differences between the applied mark and the mark under the first application will render the applicant unable to claim priority rights over the applied mark. As such, the claim in priority based on a black-and-white trade mark does not extend to priority of the same mark in other colours and vice versa.

The question “Should I file my mark in colour or in black-and-white?” cannot simply be resolved by answering yes or no, given the strict approach and the various practices of IP Vietnam.  It is advisable for the applicant to file an “actual use” application for the mark to minimise the risk of revocation for non-use and to constitute a solid ground for enforcement later on. If the colour included in the trade mark is an important attribute that distinguishes goods or services but may potentially be used with other different colours, the owner may consider to register both the coloured and non-coloured versions in order to defend themselves against the potential risk of imitation.

Written by: Tue Do, Bao Nguyen and Loi Ho 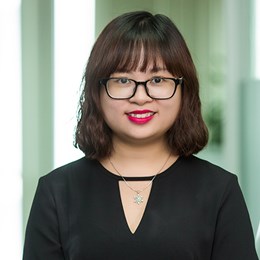