Anushka A.
Consultant
+62 21 769 7333
The mismatch between patent coverage and the use of technology.

It is a popular approach to file patents in a few key countries around the globe, normally this will include the US, Germany, China, South Korea and Japan. One of the ideas behind the approach is that it will sufficiently deter infringement as a right to exclusivity is held within key markets. It therefore reduces accessible manufacturing capabilities and profitability for anyone wanting to use the patented technology outside the protected markets. It is a sensible approach, as it keeps portfolio costs at bay while also protecting revenue.

However, there are plenty of occasions where this filing approach does not stand. In many cases, a company should think about where the technology will be used. For example, does it make sense to patent tidal generator technology in a landlocked country like Switzerland? Probably not so much. It may seem like an obvious portfolio management question to ask “where are the end users for this technology?”. Let’s look at geothermal energy as an example of the mismatch between patent coverage and the use of technology.

Under the Paris Agreement, 195 countries have committed to significantly reduce emissions of greenhouse gasses. As such, renewable energy technologies have recently gained a lot of attention. As geothermal energy uses earth’s heat, it is only viable when geothermal activity is close to the surface. 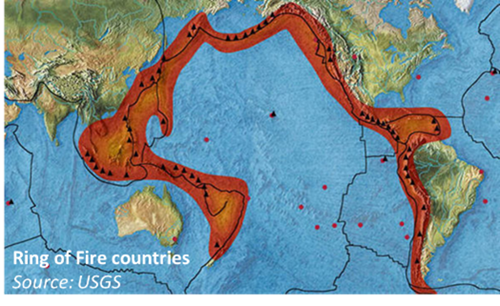 Therefore, mainly countries around the Pacific Ocean in the so called ‘ring of fire’ are utilising the technology. It is worth noting that Indonesia sits entirely in the ring of fire and as such, holds a massive potential for geothermal energy. In fact, 40% of all potential geothermal energy capacity is in Indonesia. This adds up to a total of 29GW of potential, although only 2.1GW is being used. The Indonesian government has expressed that is wants to quadruple this number to 8GW by 2030 meaning there are significant commercial opportunities.

If fully exploited, Indonesia could generate 90% of the country’s electricity in a carbon neutral way and considering the potential it is likely to become the #1 producer of geothermal energy in the world in a few years, followed by the US and the Philippines. Clearly, we would expect lots of patents relating to geothermal energy being filed in Indonesia. 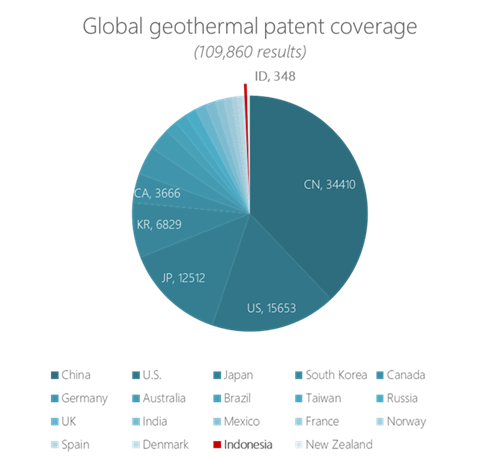 Out of almost 110,000 patents globally, only 348 (0.3%) have been filed in Indonesia. To illustrate, Indonesia should have had 44,000 patents to align with its geothermal potential. The other top countries like Turkey or the Philippines end up even lower with less than 200 (0.2%) patents each. The mismatch is obvious, but the surprising thing is how extreme it is.

It still makes sense to file in a few large markets like the US and Germany for licensing activities and production facilities. However, it does not make sense to ignore the countries where the technology will finally be used. Non-key markets with comparatively little geothermal activity like Canada or Australia have 1000s of patents while some of the top markets for geothermal plants have hardly any coverage.

It is key to realise who will deploy the technology and where. Failing to recognise key markets and lacking exclusivity through patents will lead to local competitors appearing. As a result of neglecting Indonesia as a key market for geothermal energy, Indonesian companies will enjoy a head start in the exploitation of geothermal hotspots. In addition, by filing patents in the middle of geothermal nowhere, you make that knowledge public and your competitors will be free to make use of it in the relevant markets where your protection does not extend. 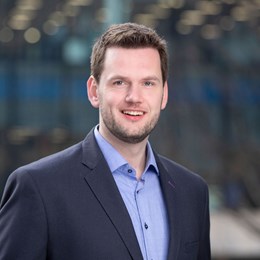 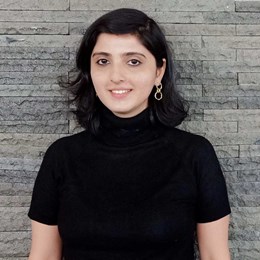