The Ministry of Science and Technology (MOST) has recently published for public consultation a draft decree (“Draft Decree”) amending provisions on sanctioning administrative violations inter alia in the field of industrial property in Decree No. 99/2013/ND-CP (“Decree 99”).[1]  According to the accompanying proposal to the Government, the key motives of this round of amendments are:-

Followings are notable proposals in the Draft Decree:

The latest publicly published Draft Amendments to the Intellectual Property Law (“DAIPL”)[2] propose to completely exclude from the administrative domain infringements upon patents, industrial designs, trade names, and layout-designs, and acts of unfair competition.[3]  Administrative sanctions against these categories of infringement, however, are still included in the Draft Decree.  Presumably, it should not be understood as a MOST’s move to override what the DAIPL propose, but it simply denotes that the Draft Decree was drafted in isolation from ongoing debates over the DAIPL.

Given the leeway newly provided by the Amended Law on Handling Administrative Violations,[5] the Draft Decree opts to make “committing administrative violations multiple times” an aggravating factor in the single sanction for the last violation and not to sanction each violation individually.[6]  As a background information, aggravating factors serve as grounds for authorities to impose (monetary) fines higher than the average level of the prescribed fine range without exceeding the maximum level of that fine range.[7]

While it remains to be seen how such provision will be implemented in reality,[8] compared to the existing regulation where every administrative violation is sanctioned individually, it appears to lessen the magnitude of potential administrative sanctions but ease the workload of authorities in handling already-ceased violations.

3. Increase the level of monetary fines for violations in relation to indications of industrial property rights

Examples of these violations include (i) falsely claiming industrial property rights on products, e.g. putting the symbol ® next to unregistered marks, and (ii) failing to declare or falsely declaring that products are manufactured in accordance with trademark licenses.  The Draft Decree increases twentyfold monetary fines for these violations, i.e. from VND 0.5–1 million to VND 10–20 million, justifying that it is necessary to reflect the nature and severity of these violations.[9]

4. Sanction the exportation of industrial property infringing or counterfeit goods

Law on Customs 2014 permits customs temporary suspension with regard to exported goods showing signs of IPR infringement, and the CPTPP and EVFTA require Vietnam to provide ex officio customs action against suspected exported goods.  As a matter of practice, enforcement authorities have been very reluctant to impose administrative sanctions on exported infringing goods, reasoning that the goods would be exported out of the domestic market and therefore the possible damage to IP owners is likely to be small.  However, this has impacted IP owners significantly as they try to address counterfeit issues at both regional and international level, not just a country level.

Now to be consistent with the Law on Customs and the FTAs, the Draft Decree adds sanctions against the exportation of counterfeits[10] or goods bearing trade mark/ geographical indication/ trade name/ industrial design-infringing or unfair competition signs.[11]  This is indeed a very welcome amendment.

Decree 99 specifies “transiting” as a case of sanctionable transporting of industrial property infringing goods.  The Draft Decree removes such specification – which unfortunately was not elaborated in the accompanying proposal.[12]  If the MOST actually means to remove administrative sanctions against transporting of transited industrial property infringing goods, it will be good news for local logistics companies who often complain that such sanctions unfairly impede their business of transporting transited goods.

6. Requalify and clarify the application of additional sanctions and remedies

To provide more guidance to enforcement authorities in correctly imposing sanctions on infringements, the Draft Decree adds some conditions and clarifications to the application of additional sanctions and/or remedies, specifically:-

To further embrace the civil nature of intellectual property, in addition to the circumstance where parties reach a settlement in Decree 99, the Draft Decree adds right holders’ unilateral requests as a ground for authorities to suspend handling of the industrial property infringements.[18]

The public consultation for the Draft Decree will end on 1 August 2021, and it will be presented to the Government in the same month.[19]  It is expected to enter into force on 1 January 2022 simultaneously with the Amended Law on Handling Administrative Violations.

[3] Article 211 DAIPL (we refer to article numbers corresponding to those under the original legal instruments for ease of reference).

[7] For example: Article 12.1 Decree 99 imposes on individuals a fine range of VND 4–8 million against an act of selling counterfeits valued up to VND 5 million.  Absent any extenuating or aggravating factors, the fine to be imposed will be VND 6 million, i.e. the average value of the fine range.  An aggravating factor will allow authorities to impose a fine higher than VND 6 million but not exceeding VND 8 million.

[19] According to Government’s Decision No. 126/QD-TTg dated 26 January 2021 on Plan to implement the Amended Law on Handling Administrative Violations. 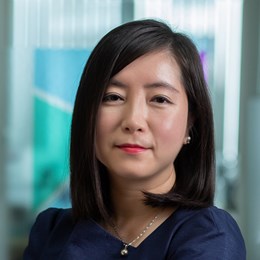