Non-determination decisions: A remedy when your branded goods are seized

When your goods are seized by China Customs despite having registration rights in jurisdictions outside of mainland China, there is a high risk that your goods will be confiscated. There is a good chance that your authorised suppliers/distributors will also be punished.

The seizure is most likely attributed to another party registering the same or a similar mark in mainland China.

The long-term solution is, of course to obtain your own trade mark registration in mainland China.  However, this can be a challenging journey.

A non-determination decision is functional as an effective short-term solution under the circumstances, which means it is worth obtaining such a decision.

Unlike other mainland Chinese IPR administrative enforcement authorities, who either rule on infringement or non-infringement (after the filing of a case), China Customs can take alternative action: issuing a non-determination status.  If China Customs have good reason to believe the case will be complicated, it can issue a non-determination decision requesting the two parties (i.e., the recorded IP holder and importer/exporter) to go to court within 20 working days. Note, however, that China Customs’ major role is border control, rather than IP dispute resolution.

If no court injunction order is received on the 21st working day after a decision has been made, China Customs will release the shipment and close the case file.

“Non-determination” applies to both exports and imports.

For exports, “OEM for exportation” is the typical and the most common type of “non-determination” case. However, this does not mean China Customs will automatically grant a “non-determination” status on a simple claim. In fact, China Customs has adopted a stringent criterion when reviewing “OEM” evidence. There are previous cases where China Customs has ruled “infringement” due to the foreign buyer/its authorised supplier failing to submit proper evidence on time. An “infringement” decision will not only cause shipment confiscation but also negatively impact any future OEM sourcing from mainland China.

We highly recommend that foreign IP holders actively engage with China Customs to understand its officers’ concerns when ruling on “OEM” matters, so to provide valid evidence in a timely manner, abiding with the proper formalities.

For imports, “non-determination” is rare but still possible when quality evidence and arguments are presented, and when China Customs officers are convinced the case is not a straightforward infringement thereby it would be more appropriate to have the courts to make a final ruling.

We recently have supported a foreign IP holder in successfully obtaining a “non-determination” status in its cross border e-commerce importation activities.

The foreign IP holder was selling its branded products via Tmall Global by way of cross border e-commerce importation, while the Chinese trade mark owner was distributing the same product bearing the same mark in the Chinese market.

China Customs seized considerable goods owned by the foreign IP holder in the e-commerce bonded warehouse based on the complaint report filed by the Chinese trade mark owner.

The foreign IP holder was facing a high risk of its goods being confiscated, its authorised sellers punished and therefore no sales to be made via Tmall Global.

We supported the foreign IP holder by presenting valid evidence and quality arguments in the process of China Customs case investigation. We then successfully convinced the China Customs officers that the case involving complicated IP disputes, therefore a “non-determination” was the most appropriate decision for China Customs to make.

The “non-determination” status gave the foreign IP holder time to formulate a stronger position to resolve the trade mark dispute with the Chinese trade mark owner.

You may wonder: What does China Customs have to do with the 2nd shipment, if no court action was filed after the “non-determination” status was issued to the 1st seizure? Also, should China Customs continue seizing the branded goods?

Technically speaking, given the existence of a recordal in place, China Customs have the obligation to stop any shipments bearing the recorded trade mark without the recorded owner’s authorisation. In practice, should the recorded IP holder fail to file court for once or twice, China Customs officers are likely become reluctant to stop further shipment from coming in. 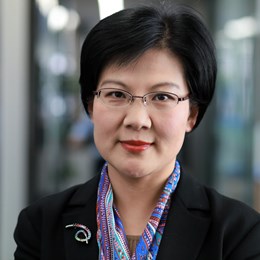