Patentability of Medical Use Inventions and Future Outlook

Dung Vu
Senior Patent Attorney
+84 243 577 0479
What is Vietnam's landscape of patentability of medical use inventions from a theoretical and practical stance?

If an invention consists of a new and specific use of known subject matter, a claim directed to this use would be appropriate, but can it be patented? These inventions often arise mostly in the field of pharmaceuticals. In particular, if a pharmaceutical substance is already known as a chemical compound/product but without prior therapeutic use/application, the substance for use in a new medical treatment may be protected. However, whether a new medical use of a known compound/composition is patentable in a particular country depends on the national patent laws.

Some settings permit claims directed to the use of a known substance in treatment if the medical use is not known before. For example, in the European Patent Office (EPO), under Article 54(4) and (5) of the European Patent Convention (EPC), a known substance can be patented for first use in medicine (first medical use) or in new treatment (second (or further) medical use) provided the new use in not know in the prior art. Furthermore, article 54(5) EPC allows second or further medical use in a treatment of known conditions that are further characterised by new/inventive dosage, dosage regimen, administration route, or patient group.[1] In contrast, in Indonesia, when the new Patent Law was enacted in 2016, the second medical use claims were excluded even though they had accepted 2001 Swiss-style claims. However, after the onset of the Covid-19 pandemic, Indonesia's policymakers are considering removing the bar to patenting second medical use in the next review of the patent law.[2]

New medical use patents play an enormous part in protecting research and development in the pharmaceutical sector to identify new medical uses of known active ingredients.

However, from a public health perspective, one of the main concerns is that this would allow drug companies to practice 'lifecycle management' or 'patent evergreening' by extending additional years of patent protection after the original product patent has expired. Another negative reason is that patenting new inventions may result in increasing the price of medicines, and reducinginventions may increase the price of medicines and reduce access, which may need further study. For example, in the US, fluoxetine was first marketed the US for the treatment of depression. Its US patent expired in 2001 (Prozac) and is also known as a secondary use in US patent No. 4,971,998 for treating a premenstrual dysphoric disorder (Sarafem). A quick review illustrates how prices can differ widely for the same product used to treat a different condition. Although both medicines contain the same active ingredient (fluoxetine hydrochloride), at an identical dosage level (20 mg), the prices differ widely in the US; in one pharmacy, it was found that Prozac was US$ 0.83 per pill, while Sarafem was US$ 9.26 per pill. However, the issues are far from obvious as the development and clinical testing of a second use may have larger incentives than the first use, and in some cases may be more therapeutically valuable than the first use.[3]

Medical Use Claims in Vietnam

In Vietnam, medical use claims (including first and second medical use claims) were not patentable after the IP Law 2005 ("IP Law") came into effect. In particular, the Intellectual Property Office of Vietnam ("IP Vietnam") refuses new medical use claims based on Clause 12, Article 4, IP Law because they relate neither to "product" nor "process", whereas the law provides for granting patents directed to either "products" or "processes" which are new and inventive. The refusal was controversial as patent practitioners opined that "use invention "could be covered in "process invention" or "product invention" which are patentable.

To overcome the objection, before Circular No. 16/2016/TT-BKHCN became effective (15 August 2018 ("new amended Circular") when features of function/utility was recognised as essential ones of a technical solution, patent applicants reformatted claims into "purpose/function/utility-related product claim" (in particular, product X for use in the treatment of disease Y), similar to the EPO practice.

IP Vietnam's examiners often accepted such reformatting formality examinations but suspended them in the substantive examination stage, causing delayed prosecution of patent applications. Consequently, patent applicants had to remove such claims and divide claims into a divisional application(s) to expect further changes in the interpretation of IP laws and practice.

Despite different views, when functions of function/utility were not recognised as essential technical features after 15 August 2018, medical use claims could no longer be patentable. They would be rejected immediately at the formality examination stage if the compound/composition/product did not comprise additional technical features, such as structures, components, etc.

All Vietnamese patents already granted comprising use claims are valid since grounds for invalidation of patents are based on the law at the time of granting such patents.

Enforceability of Patented Use Inventions

Numerous pharmaceutical patents, including Swiss-type claims had been granted before the IP Law was enacted, and the same situation existed for patents granted, including EPC 2000 form (compound X for use in the treatment of disease Y) before the new amended Circular came into effect. Nonetheless, the enforceability of use claims of such patents in Vietnam has been challenging since there is no precedent.

Like Indonesia, Vietnam makes compulsory labelling indications or dosage forms of medicines, and there is no "skinny labeling" concept as applied in Europe[5]. Thus, generic manufacturers are liable for patent infringement if they include the indication patented by others used for the treatment of the indication in their product information. Therefore, the indication of medicine shown on the packaging or medical prescription information may be important for the competent authorities to determine patent infringement.

Another matter for discussion is the difference in the scope of protection between a Swiss-type claim and an EPC 2000 form  –they are not identical. Therefore, they may need to be verified by Vietnamese-competent authorities.[6] In particular, a decision (T1780/12) from the EPO technical board of appeal indicates that a purpose-limited process claim (i.e., a Swiss-type claim) should confer less protection than a purpose-limited product claim (i.e., an EPC 2000 second medical use claim).[7] For Vietnam, more guidance is needed on the scope of medical use claims in enforcement.

As mentioned above, the protection of medical use inventions may prevent and inhibit generic competition, thereby limiting the market entry of generic products.[8] However, one of the substantial development policies of the Vietnamese pharmaceutical sector is to encourage the growth of generic medicines with reasonable prices and quality assurance.[9] Consequently, over the coming years, excluding the patentability of the new use inventions may be here to stay.

In recent years, to achieve international integration, Vietnam has entered various Free Trade Agreements (FTAs), for example, the Comprehensive and Progressive Agreement for Trans-Pacific Partnership (CPTPP) and the EU-Vietnam Free Trade Agreement (EVFTA), the Regional Comprehensive Economic Partnership (RCEP), etc., of which intellectual property is crucial interest. The CPTTP in Article 18.37.2[10]  acknowledges the patentability of new use inventions. Unfortunately, this article is suspended until CPTPP countries decide by consensus.[11] Therefore, Vietnam is not required to make any legislative changes under the law until there is `consensus'. The recently Amended IP Law (passed in June 2022) does not provide or regulate any provision related to the patentability of use inventions.

In addition, as noted above, countries with similar conditions to Vietnam, for example, Indonesia, are considering removing the bar to second medical use in the next round of patent law.

Given the developments in Indonesia to reconsider the patentability of second medical use claims, and because of international integration and trade agreements mentioned above, it is forecasted that medical use inventions may be patentable in Vietnam in the future, when Vietnam's economic development and people's standard of living has been improved, and, of course, we will keep updated.

[1] Dr Aliki Nichogiannopoulou, EPO, Examination in the field of biotechnology, May 2019. Available at:  https://www.wipo.int/edocs/mdocs/pct/en/wipo_ip_mnl_19/wipo_ip_mnl_19_t12.pdf

[3] WTO, WIPO and WHO, Promoting Access to Medical Technologies and Innovation – Intersections between public health, intellectual property and trade. Available at: https://www.wto.org/english/res_e/booksp_e/who-wipo-wto_2020_e.pdf

Grounds for IP Vietnam to refuse is Point 25.5.d(i) of new amended Circular which states:

“An essential technical feature of the technical solution may be its features of physical structure (parts, assembly, interconnection, etc.) or structure of the substance (composition (presence, ratios), state of elements, etc.) which constitute, together with other essential technical features, a necessary and sufficient combination to determine the nature (content) of the subject matter;

The abovementioned essential technical feature may be presented in the form of technical function of an element in the structure or composition of the product (called functional feature), provided that such presentation is sufficient for the one having ordinal skill in the art can easily understand the technical means or technical methods to perform such function under normal condition without requiring creativity. Function or utility of a claimed subject matter is not an essential technical feature. It may be purpose or result achieved by that subject matter;”

[6] Clare Greatbanks, The pros and cons of second medical use, 01 September 2016. Available at: https://www.lifesciencesipreview.com/article/the-pros-and-cons-of-second-medical-use

[7] Matthew Georgiou, Board of Appeal finds Swiss-type claims have different scope to EPC 2000 second medical use claims, 29 May 201. Available at: https://www.carpmaels.com/board-of-appeal-finds-swiss-type-claims-have-different-scope-to-epc-2000-second-medical-use-claims/ 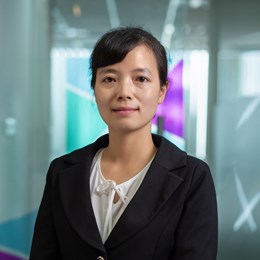