The world watched this week as China’s Science and Technology Innovation Board (STAR market) launched; share prices soared and then dropped. One company surged 520% on day one and the market then shedded $1bn on day two. The STAR market, often compared to the NASDAQ exchange because of its focus on technology companies, is China’s latest move to create a sophisticated market for their technology companies to secure funding and thrive domestically.

Many observers have said that the rapid increases in share prices in the early days of the new market represent a tech bubble in China.  However, most of the top performers have large intellectual property portfolios demonstrating the companies do hold value.  Eight out of the top ten biggest winners of day one own at least 55 patent families each.  A patent family is a group of similar patents intended to protect a specific invention.  Grouping patents in this way provides a better understanding about the scale of technological capabilities and demonstrates a level of prudence and business planning that investors find attractive.

Anji Microelectronics Co Ltd, the highest gainer on the first day owns 226 patent families.  Others own even more. Advanced Micro-Fabrication Equipment Inc has 638 families, a significant size given the type of company which is able to float on the STAR market.  In addition, these businesses come from a new wave of innovation in China and should be primed for success, even if this is limited to the domestic market in the first instance.

Whilst there has been some volatility and rebalancing in stock prices over the days since launch, companies with large IP portfolios continue to perform well.  This demonstrates China’s development in the intellectual property space and the growing recognition that patents are crucial to protect ideas and defend market position.

Taking a deeper look at the make-up of the patents for those top ten performers reveals that 88% of their patents are filed in China and Taiwan.  The next most popular locations have significantly less coverage with USA accounting for 4%, Korea 2% and Japan 1%, highlighting the domestic focus of STAR constituents.  Five of the ten top performers on the first day do not have any patents outside of China.  This reflects a trend that is seen in patent filing more generally. Chinese companies tend to be focused on their domestic market and therefore not file overseas.  There may be concerns from the US Government that Chines tech companies are looking to dominate the global market but the patent filing strategies for these companies certainly does not ring true with that rhetoric.

Chinese companies’ view of overseas markets are slowly changing and not all companies are so domestically focused.  Montage Technology Co Ltd have more patents in the US (31) than China (21) and Advanced-Microfabrication Equipment Ltd has 105 patents outside of China.

Combining geographic spread with the age of patents indicates that these companies are set to dominate the domestic tech market over the coming years.   The bulk of patents were granted between 2011 and 2018. As patents last for 20 years in China, these companies will have significant control in their technology areas for some time to come. At the same time, there has been an uptake in intellectual property rights over this timeframe. This aligns with the Chinese Government’s policy development and drive to create a better environment for IP protection and drive economic growth through innovation.

Although companies with few or no patents overseas will have less freedom to operate in markets outside of China, we are still seeing an exchange of ideas internationally.  The split between ‘backward’ and ‘forward’ citations illustrates these trends. A backward citation is when a new patent builds on an existing one and therefore cites the previous patent, much like citations in research papers.  A forward citation is where the patent has been cited by others when filing a new patent, as the previous one is seen to be innovative.

In a further sign of strength for this new market, analysis of citations for the top the performers shows they are considered as innovators in their field amongst their Chinese peers.  Whilst the STAR companies have built on some previous Chinese patents, the number of Chinese companies creating forward citations far outweighs the backward looking number.

From the international perspective, the STAR companies still have more backward citations of foreign patents than forward citations by foreign parties.  Although the discrepancies are largely based on Japan and US as in other regions the number of citations is more balanced.  The gap with Japan is most stark as there are very few forward citations.  In the case of the US, forward citations are two thirds of the number of backwards, indicating that whilst Chinese companies are building on US ideas in greater number, US companies are also building on China’s innovation including patents filed only in China.  The unequal volume could be attributed in part to language barriers making it challenging for US companies to fully understand Chinese patents.

When looking exclusively at the figures for Advanced-Microfabrication Equipment Ltd and Montage Technologies Co Ltd, who have a significant proportion of their patent portfolio overseas, the picture is more balanced.  The number of backward and forward citations with US counterparts is almost equal. These exchanges between companies of the two different nationalities is much needed for innovation.  Mutual sharing runs counter to the narrative often seen in the trade war.  China can be seen an innovator in its own right and not just a copier.

Anyone who watches the trading markets in China will know that inflated prices are not uncommon. Often the driving force behind this is the far greater volume of retail investors than in other markets.  This results in speculation, rather than analysis, which drives surges like that seen in STAR’s debut week. In addition, many more considerations inform a trading decision than intellectual property rights alone.  However, it is encouraging to see that the companies listed have a strong foundation of patents.  This should reassure investors that there is some substance behind the valuations even if the market is overinflated at this stage.  It will be interesting to see how these companies perform in the long run and whether they can become the face of China’s developing world leading technology and innovation capabilities. 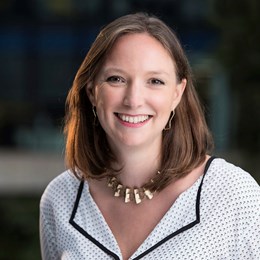