The United Arab Emirates is a civil law jurisdiction.

In certain free zones that have their own court system, common law would be followed. For example, the courts in the Dubai International Financial Centre (DIFC) in Dubai and the Abu Dhabi Global Market (ADGM) in Abu Dhabi have common law jurisdictions.

This is uncommon as the court looking into the infringement would usually have no jurisdiction to decide on validity. Validity must be decided by the Federal Courts in Abu Dhabi. The common practice will be to have a stay of proceedings until the validity is decided. In any case, bifurcation is not a known concept, and alternatively, a separate and new claim will ned to be brought rather than splitting a current claim. The court may then look into all claims and decide on them together or separately as per its discretion.

Civil trials are conducted on the basis of exchanging written memoranda and documentary evidence. In rare circumstances, the Court may call oral witnesses. The Court may also appoint an expert who will meet with the parties. The expert then prepares and submits a report to the Court. The Court is not bound by the expert’s findings and both parties may also submit further memoranda addressing the findings of the experts. The parties may also seek leave from the Court to each appoint their own further experts. Further arguments may be raised at any time in first instance proceedings. In the event of further arguments, the other party would be given the chance to respond.

For both appeals to be accepted, the power of attorney will need to expressly delegate the power to appeal any court decision to the Courts of Appeal and Court of Cassation.

In case of appeal to the Court of Appeal, the power of attorney will be automatically transferred with the file to the court.

In case of appeal to the Court of Cassation, a copy of the power of attorney will need to be submitted by the appellant with the appeal or the appeal will be rejected in form.

First instance proceedings generally take 6 to 10 months to complete but can be longer, particularly if the expert delays the submission of their report or if the parties seek to appoint further experts.

Proceedings are held in Arabic in onshore litigation. However, English language proceedings are available in the DIFC Courts and the ADGM Courts.

If a party does not know Arabic, the court will require the other party to translate the submissions into English or other approved languages, such as Hindi in the ADGM Courts.

Summary judgment is not available in onshore courts.  However, it is available in the DIFC Courts and the ADGM Courts.

The Court may order the cessation of “the effects of an activity contravening the law”, which should effectively mean a permanent injunction. However, some commentators believe this would only apply to the infringement at issue in the case and not to future possible acts of infringement.

What appeal procedures are available from a first instance civil judgment?

Appeals against a Court of First Instance decision can be made to the Court of Appeal. There is also a further right of appeal to the Court of Cassation, but such appeals are only limited to points of law.

Appeals against a Court of First Instance decision can be made to the Court of Appeal. There is also a further right of appeal to the Court of Cassation, but such appeals are only limited to points of law.

The UAE is a federation of 7 Emirates (states). Although the trade mark rights are granted on a federal level, the enforcement of these rights are made on a local level and therefore separately handled by the respective local authorities in the relevant Emirate.

Local government departments that usually take action on trade mark infringement are the local Economic Departments. The procedures may slightly differ from one emirate to the other. We have provided below a general background:

Currently, five emirates in the UAE (Abu Dhabi, Dubai, Sharjah, Ajman and Ras Al Khaimah) offer the recordal of trade marks with the UAE Customs. The GCC Customs law “prohibits the admission, transit or exit of prohibited or infringing goods…”. Goods that violate intellectual property rights are considered "prohibited goods". In theory, an action can be brought forth to stop imported and exported goods that infringe trade mark or copyright rights at the border. In practice, actions are mainly taken against imported goods. 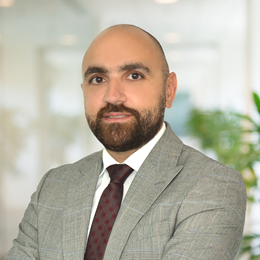