We are delighted to announce the opening of a new office in China’s ‘tech capital’, Shenzhen.

The Shenzhen office will offer a range of innovation support and consultancy services aimed at innovative Chinese companies looking to expand regionally as well as foreign IP owners seeking to gain access to the local market and R&D ecosystems.

With a growing reputation as the Chinese ‘tech capital’ and having recently surpassed Hong Kong in economic growth, the launch of the Shenzhen office comes as a natural next step in our ambitious growth plans.

In 1993, Rouse became the first international IP firm to establish a base in China. The company has continued to strengthen its presence in the country, with over 300 professionals now working from offices in Beijing, Shanghai, Guangzhou and Hong Kong.

The launch of the new Shenzhen office comes just three months after the opening of Rouse’s first office in Sweden, via its acquisition of leading Stockholm-based firm, IPQ.

“Shenzhen is unlike any city in the world. Out of nowhere it has become a world-leader in innovation, offering technology companies a location in the heart of Asia that boasts advantages in manufacturing, logistics, design & R&D. With the central and local governments announcing ambitious plans to support this innovation strategy long-term, it seems a no-brainer for the leading IP firm in China to be here. With our depth and geographic reach we can now support Shenzhen based innovators as they expand internationally as well as international companies looking to bring their IP to the local market”.

“Rouse’s presence in two of China’s major R&D centers - Shenzhen and Guangzhou - sends a very clear signal to the market that no firm is better positioned to provide commercial IP consultancy to the global innovation community, whether seeking access to the market in China, or going out.” 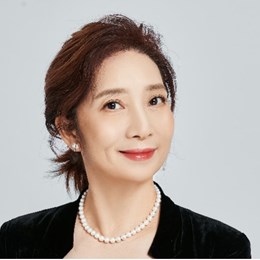